I got my hands on 3 DVDS collections from series I regularly watch but for some reason MISSED most of the episodes. Don’t know why but my DVR wasn’t working quite as right as I would have wanted and I missed almost all of Grey’s Anatomy, some of Private Practice and let newbie Revenge to sit on the back burner. 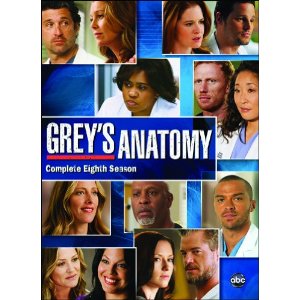 As fifth year residents, it’s do or die for the doctors, and things get bumpy when the chief makes a decision that rocks the entire staff. Outside the hospital, Meredith and Derek struggle to keep their relationship afloat while they try to adopt an orphaned baby girl, and Christina wrestles with a difficult choice that could ruin her marriage. Relive every unforgettable love and loss of ABC’s wildly popular series, containing all 24 episodes of season eight, plus never-before-seen bonus features. For what it’s worth- -this was one of the best seasons. I thought season 7 was coasting and this one brought up more than enough material rich with emotion and serious depth on matters that we all might face. NO SPOILERS– but be prepared for lots of changes in MANY of the characters lives in virtually every episode.
AMAZING!! PS– there are many character who are leaving the cast and will not be returning. 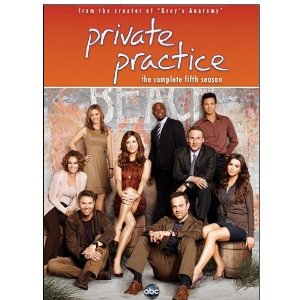 Like Grey’s Anatomy, Private Practice had some serious changes too. Add in Benjamin Bratt as a sexy new doctor to an illegitimate son for one of the docs, the lives– and loves– of these doctors are put to the test. The Private Practice: The Complete Fifth Season will fill in the blanks in case you missed any episode or give you the ability to see the season-and the amazing evolution of the characters both new and established. The finale will blow you away.. the characters will too. Relive every memorable moment plus never-before-seen bonus features only on DVD.
Well worth the time– but I believe Grey’s Anatomy was better. Also some of the key characters from this drama are also leaving. 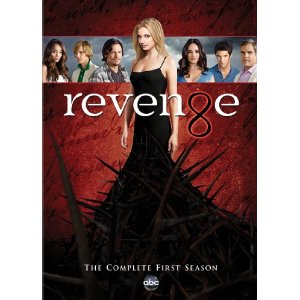 This new drama stars Emily Van Camp and the amazing Madeleine Stowe who practically steals the entire show.
Wealth, beauty, and power define the residents of New York’s most exclusive community, but one woman will stop at nothing to exact revenge from those who ruined her father’s life. Witness Emily Thorne’s (Emily VanCamp) brilliantly vindictive plot against Victoria Grayson (Madeleine Stowe), the reigning queen of the Hamptons, and all who destroyed her family. However, even the best-laid plans can unravel in the wake of an unexpected love triangle between Emily, the son of her greatest nemesis, and a forgotten face from her past.

This drama is uneven. Emily VanCamp doesn’t give enough emotional depth in the plotting of what she is doing and her use of others (supporting characters who pop up at the least logical moment without much background to support their appearance) makes for a hard to follow plot-line. However Madeleine Stowe and the actor who plays her husband and a few guest appearances of others provide the back-story and the connect the dots for the story to at least continue. I hope this series gets better because it’s wobbly. I can’t say I LIKE Van Camp in her role because she doesn’t display enough balance between the revenge, the righteous anger to correct the wrong done to her family, and the deviousness of her character to pull this off.

Maybe this is one to rent or stream.
FYI: Abraham Lincoln Vampire Hunter is due out soon. Just thought if you managed to save the money by skipping it at the theater you can watch it now at home. Amortize your cost by streaming it.

Here are some other series that you might have missed and find fun, interesting or just illuminating.

Sephora End of Summer Sale is going on now! Save up to 75% on select products. Hurry! These items are going fast!