Home » Living in a Perfect World: What Do You Say to Someone Who Asks …..

Living in a Perfect World: What Do You Say to Someone Who Asks …..

I have held onto this post for a while. Now is the time to run it.
I know you all have seen the latest photo of me. It’s been around since the Grammys earlier this year. Thanks to my dear friend Lisa, Hippie Chick Photography for capturing me at a moment when I was there at the suite, relaxed, having had a great time (no food or water but we solved that not long after that). This little bit is to put this photo in context and why is coming up AFTER you see the photo. 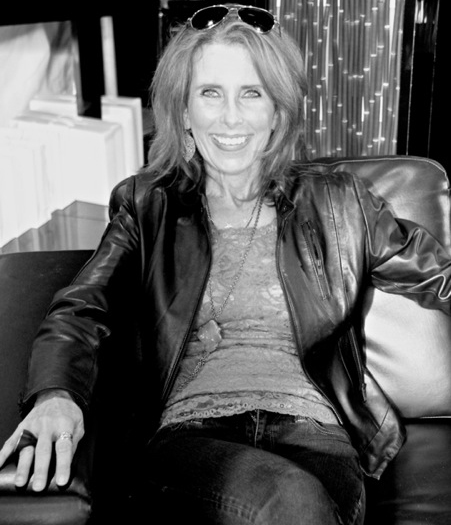 I thought I looked pretty good. Lisa turned the photo into black and white because I was wearing a rust lace top and the rest of the room was black or dark. It looked better in black and white.
As soon as I saw it, it was one of those “yeah baby” moments of photos that I like. I am pretty picky on the photography and since I am an accomplished photographer (stylist and model too), I know how to present myself — when it’s authentic.

Within a few days of that photo going live across the web & social media universe, I found this email in my inbox at Linkedin.com

You have me worried. Whenever a woman has a makeover (as your new photo suggests), that signifies a life event of some kind.

I left off the person’s name for privacy reasons. The person asking the questions is a man, a doctor in fact. I was taken aback by his commentary and assumptions. I think he was trying to show concern.

What’s your take on what he asked me?
What do you think he means?
Clearly he thinks I have had some major work done — that’s what the “makeover” means. It’s not just visit a department store cosmetic counter and get a makeover. Not in this context.

I am wearing black Earnest Sewn jeans, black boots, rust lace long sleeve tee (which you can see on youtube if you scroll back far enough for Grammy videos) and a black leather jacket. The necklace is copper chain with turquoise & green turquoise chunk courtesy of the lovely (and very generous) April Starr Davis!
My hair is dark blonde with streaks. My eyes are light green.

I was more than a little surprised. I was shocked and taken aback by such an intrusion. I have my right to privacy. However this email clearly deserved a reply because his assumption about me was entirely WRONG!

So I wrote him back something to this effect ( I think I was so ticked off that I tossed out the reply after I sent it but I had shown it to and the photo to a couple people.) In a way, it’s a compliment– in another way, it’s intruding into my personal life and I do not know this man nor does he know me. We are merely connected on Linkedin. Like facebook, twitter or any other social media platform, a connection does not give you the right to start digging around in their personal life.

I thanked the doctor for his concern. And that while I knew he was just concerned about my health, there was nothing to be concerned about. I knew what he meant by makeover and I had not undergone any surgery. I had not had any injectables of any kind in a couple of years. I did tell him about the great skincare that I had been using (and not all of it but that’s for another post). I told him I used a Clarisonic (and that’s the TRUTH!! Thank you Phillips/L’Oreal but that Clarisonic is almost dead and that was at least 7 years ago).

I did tell the doctor I had done some minor peels, nothing too extensive or icky. I was at the time had a couple of glycolic peels and using a skincare regimen that kept exfoliating my skin and I was happy with the results. Not peels, but flaking and it wasn’t so horrific that I couldn’t go out. I was also using a LightStim device and also Ageless SecretSpray- on a daily basis. The rest of the skincare– it was whatever someone sent me for review. (Like I said, more details on the skincare another time).

The point was to reassure the doctor there was no botox, fillers, facelifts, or anything major being done in the recent past of that event in January. (Nor had there been in a more than a few years. There was a time I had tried Botox-like and fillers as an experiment– courtesy of some companies so that I would write about the products. The good part about those injectables is that they don’t last years, they only last a few months.)
(For those who will think this, Hippie Chick Photography did not do any photoshopping of my image other than to turn a color photo into black and white).

I told him I was happy to be where I was and I was with a good friend and I was having a great time. The life events that were occurring were of my own choosing and I was putting myself first and my happiness was important to me. I was having a great day with a good friend and while life is life and I have issues like everyone else, I was doing quite well and thanked him for his concern.

Pretty much that was it. I tried to keep it brief– 3.5 short paragraphs. . Well since then, I am looking better, feeling happier and moving forward with my life in a way that shows progress, evolution and things I want are within reach.

What do you think? I know that’s a loaded question.
Do realize if you post truly outrageous statements with profanity or similar kinds of content– those comments will be blocked.

Should someone who has never met you have the right to intrude in your life like that? I know where mine is going.. in the right direction. (*you will see changes in my blog that prove that point very soon).

I had several friends ask me if I was ever going to bring this discussion up on my blog. I finally got around to it. It’s the first salvo in the changes that are about to emerge on my blog, in my content and in my own life. You will be hearing other people’s voices in this blog too. Guest posts about life issues. I will share mine– some comical and outrageous; others darker and with more questions.

It’s going to get bumpy but you will might just find it intriguing.

See ya on the other side.
Stevie