Do you know a girl with curls? I do! I know many and I still have curly hair to a degree. While I blow mine out a lot, I have wavy, crazy curly hair that is not doing so well since I tried the smoothing treatments that have become so popular. While trying to get rid of the frizz that would hit my hair like a runaway train every day at the beach, I just wanted to have my hair straight sometimes, curly sometimes but without the frustration of the frizzy mess that would happen almost on a daily basis. Now that it’s straighter than it’s ever been, I would love to get some of the curls and bounce back in my hair.
When I heard about this campaign featuring Taiye Selasi and best-selling author, I had to share it! 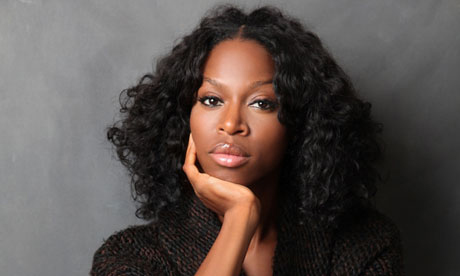 Taiye Selasi, Poet & best-selling novelist encourages you to celebrate your curls. She talks about her new book in partnership with Dove Hair and inspired by curl stories submitted by real women as well as how to style your own curly or wavy locks.

“When Dove Hair approached me about working on the Love Your Curls book, I was deeply inspired to participate,” says Selasi. “I struggled with my natural curls as a girl, and have learned to embrace them as a woman.” Love Your Curls is a poetic tribute to curly hair, inspired by real stories.
“Dove Hair received thousands of submissions from women who sent photos and testimonies talking about their hair stories, their daughter’s hair stories and I realized I most certainly was not alone,” says Selasi. “I tell the story in the forward that my sister and I used to put towels on our hair so we could feel what it was like to have the weight of straight hair and toss our ponytails. As I got older, of course, I learned not only to love my curls, but also to love myself. And this is a journey that I would love to help little girls take more quickly,” she explains. 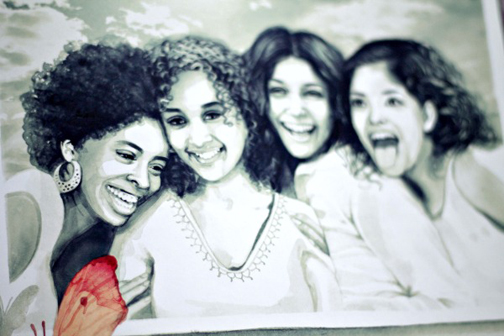 Illustration from the book!

Love Your Curls is available to download as a free digital e-book—and it’s customizable.

“This is the most exciting part. I left the poem open so that you can insert the name of the curly girl in your world, her hair color, her eye color and have a poem read to her, just for her. You can write a dedication on the website and share it. I encourage you to do that because we know that women who love their curls inspire girls to love their curls,” says Selasi.

For any comments, sharing or tweets, use this hashtag: #LoveYourCurls.

Dove Hair has also created a run of special-edition hard cover copies of the Love Your Curls book that will be made available to select partner organizations, including Boys & Girls Clubs of America.
Additionally, educators are encouraged to apply for a free hard cover copy at Dove.com/loveyourcurls.

Taiye Selasi is a New York Times best-selling novelist, poet and photographer. Born in London and raised in Boston, she holds a BA in American Studies from Yale and an MPhil in International Relations from Oxford. In 2005 she published the now-seminal essay “Bye-Bye, Babar (Or: What is an Afropolitan?),” offering an alternative vision of African identity for a transnational generation. Her debut novel, the New York Times bestseller Ghana Must Go (Penguin Press, 2013), was selected as one of the 10 Best Books of 2013 by The Wall Street Journal and The Economist. In 2013 Selasi was named one of Granta’s Best of Young British novelists. An avid traveler, she lives in New York.

Share this campaign with the curly girls in your life– family, friends, or colleagues- it will make a difference!

According to FTC regulations,I am required to tell you that I am an “affiliate” with theses brands where I curate deals that offer bonuses, bargains and great products –and some are curated specifically for you to see on this site. The amount I make has yet to be determined that despite people going to visit the links (and it’s in the thousands every month), I have yet to have anyone buy anything from them.