“Do More with Your 24” TM Themed Floa128th Tournament of Roses Parade Wins AWARD! at the Rose Parade!! 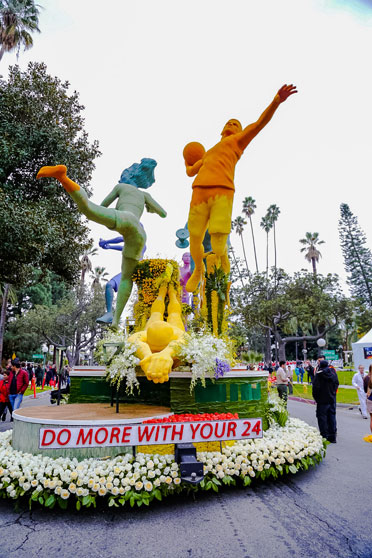 The front of the 24 Hour Fitness float!

24 Hour Fitness debuted its first-ever float entry in the 128th Annual Tournament of Roses Rose ParadeJanuary 2, 2017. The 55-foot long “Do More with Your 24” TM float sought to inspire the Rose Parade viewers of the opportunities that 24 Hour Fitness offers people to get fit. The fitness clubs help people succeed in living life to the maximum each day! The judges liked it so much they awarded them a trophy (see image below). They won the Crown City Innovation Award! 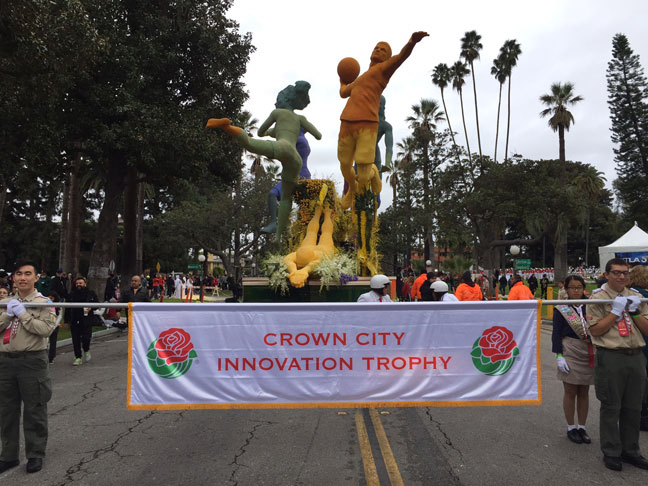 “Our ‘Do More with Your 24’ float celebrates 24 Hour Fitness’ dedication to helping members succeed each day – from small to large goals met inside our clubs and to the life they lead outside the club,” said Lashaun Dale, Vice President, Content & Programming, 24 Hour Fitness. 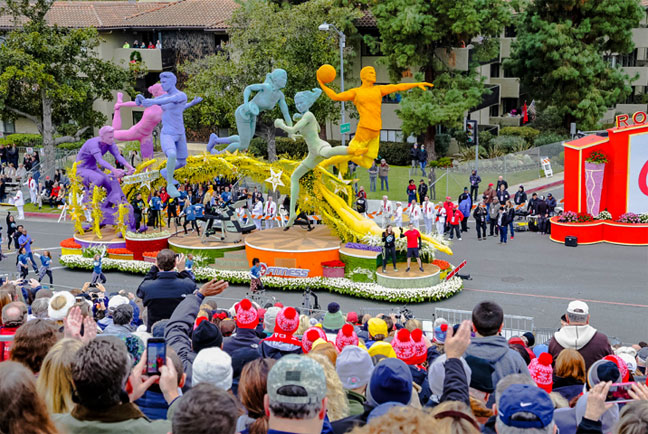 24 Hour Fitness’ “Do More with Your 24” float featured a dynamic design, depicting seven giant human figures in various stages of exercises and athletics, towering a total of 26-feet high. Everything from basketball, cycling, yoga, martial arts, swimming, TRX®, strength training and more were reflected within the design to represent a variety of programs offered inside clubs, as well as the support that extends well beyond the club’s walls. 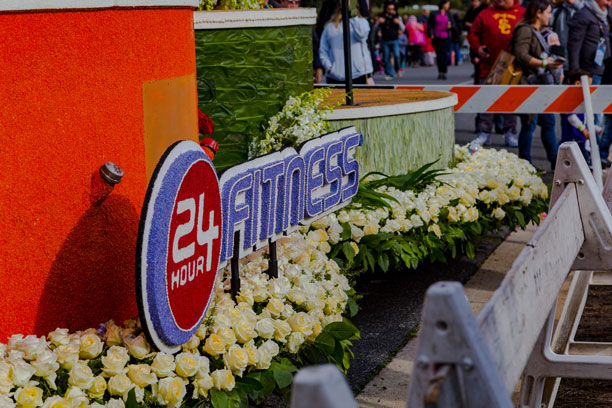 The giant figures were constructed with a blend of seeds, spices, ground vegetables and fresh cut flowers including over 13,000 orchids, roses, carnations, leaves, and flower blooms. Each individual figure holds hundreds of thousands of chopped blooms, nuts, spices and vegetables. 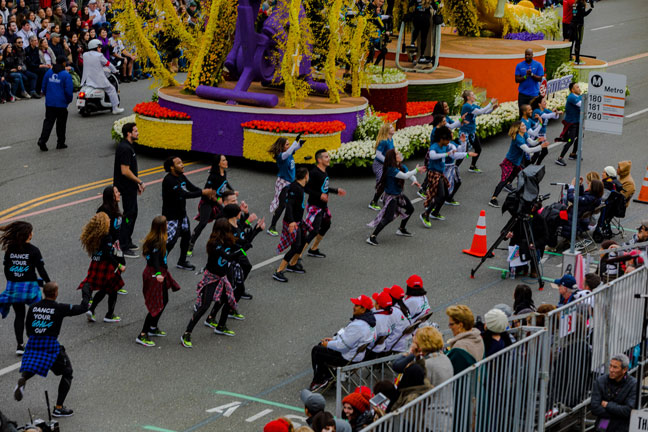 The outwalkers that surrounded the float included 20 of the best, most enthusiastic GX (Group Exercise) instructors from 24 Hour Fitness clubs throughout the U.S. as they form a spectacular, choreographed production number, “dancing their goals off” in a Dance Floor War for the ages. An internationally-recognized New Year’s celebration more than a century old, the annual Rose Parade requires some 80,000 hours of manpower each year, supplied by 935 members of the non-profit Tournament of Roses Association. 2017 marks the 128th anniversary of the Rose Parade as part of the Tournament of Roses. 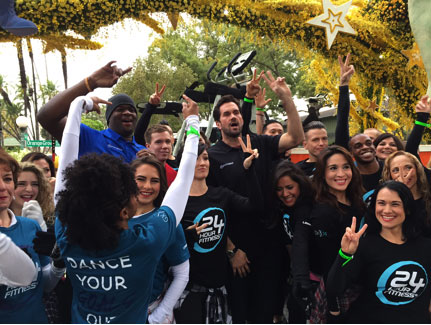 24 Hour Fitness is bringing the parade’s theme, “Echoes of Success,” to life by honoring the successes of its members and team members across the country. The finalists, among the 24 Hour Fitness members submitting their transformations stories of success, were featured in a series of videos with their “fitness mentor” and expert who worked and trained alongside each member during their fitness journey. The member videos of their fitness journeys were part of a digital competition for a chance to ride on the float during the parade. 24 Hour Fitness member Loryn Spady of Lynnwood, WA, whose uplifting success story received thousands of votes online, was selected to ride atop the float with her 24 Hour Fitness Lynnwood personal trainer, Evan Fabrizio.

“Our ‘Do More with Your 24’ float celebrates 24 Hour Fitness’ dedication to helping members succeed each day – from small to large goals met inside our clubs and to the life they lead outside the club,” said Lashaun Dale, Vice President, Content & Programming, 24 Hour Fitness.

“For some, just making it to the gym is a major triumph, and we’re proud to help members make the commitment. For others – like Olympic Gold Medalist Conor Dwyer and Loryn Spady– 24 Hour Fitness has helped to make their life dreams possible.” Dale added, “We hope our ‘Do More with Your 24’ float will inspire the parade’s millions of viewers to do just that – more.”

About 24 Hour Fitness
Headquartered in San Ramon, Calif., 24 Hour Fitness is a leading health club industry pioneer, serving nearly 4 million members in over 400 clubs across the U.S. For more than 30 years, the company has been dedicated to helping members change their lives and reach their individual fitness goals. With convenient club locations, personal training services, popular group exercise classes and a variety of strength, cardio and functional training equipment, 24 Hour Fitness offers fitness solutions for everyone.

Please visit 24hourfitness.com for more information and to find the club nearest you.
Thanks to 24 Hour Fitness for sharing these great photos!