Home » WellAboveAverage Talks About How the TV Shows You Watch Affect Your Perspective + Your Life!

WellAboveAverage Talks About How the TV Shows You Watch Affect Your Perspective + Your Life!

Well Above Average is a blog that I have followed for years. While this blogger isn’t blogging as regularly as she used to, she does find time to post about events and issues that she finds relevant. I heard that she has recently posted and I am excerpting the post here on this blog.  It’s interesting her points and even the data she cites are  – when thoughtfully read- do make sense. If you want to see the entire post, please visit http://www.wellaboveaverage.com/2017/05/

The existence of Fox News has long been an annoyance–sort of like a pebble in one’s shoe. Unfortunately, the collective ignorance fostered by the “news” network has had catastrophic results: the election of the colossally incompetent Trump.

Trump represents the essence of Fox News and its demographic: racist, sexist, willfully ignorant and xenophobic. For me, this has taken Fox News from mere annoyance to malignant toxicity.

Most people realize that Fox News is a mouthpiece for the Republican party: the channel was created by media mogul Rupert Murdoch, who hired former Republican Party media consultant Roger Ailes as its founding CEO. There’s nothing inherently wrong with Fox News having a conservative bias, but its reporting goes well beyond the purely partisan. Fox News cultivates irrational zealotry in its audience.


Long before Trump derided legitimate news sources exposing his many failings and misdeeds as “FAKE NEWS,” Fox News was referred to as “Faux News.” Politifact rates 59% of Fox News statements as Mostly False, False or Pants on Fire. In addition to being thoroughly biased, Fox has a long history of promoting conspiracy theories and other assorted bullshit. And it’s not just that Fox is promulgating false information, studies have shown that Fox News viewers are less informed on current events than those who don’t follow news at all. According to a study by PRRI and the Brookings Institute:

“It is not possible from this data to offer a precise solution to the chicken-and-egg question — whether the more important fact is that those with very conservative views are already attracted to Fox or whether Fox turns its viewers into conservatives. What is clear is that conservative are drawn to Fox, and that Fox may, in turn, reinforce and perhaps harden conservative views.”

So much for “fair and balanced.”
Fox News viewers might point to the inclusion of liberal commentators to support this opportunistic tagline, but let’s face it: the liberals are included as a sideshow attraction or sacrificial punching bags for the conservative majority. And while we’re talking about “fair and balanced,” here are some other things to keep in mind: 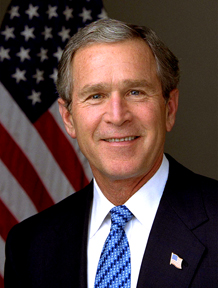 -If your news program promotes the notion that it’s necessary to use the words “radical Islamic terrorism” as some sort of patriotic purity test, it’s not “fair and balanced.” There’s a reason George W. Bush never used that phrase in post-9/11 speeches. The words of a president are important and carry more weight than some blithering commentator. The wrong words can cause fluctuations in the stock market or negative impact foreign relationships. Contrast Obama’s measured statements with the Twitter troll now at the helm.

There is much more to the rest of this post. Please take a moment to read it completely here: http://www.wellaboveaverage.com/2017/05/

And now, a word from our sponsors… (just kidding!)

I curate deals that offer bonuses, bargains, and great products –and some are very specifically for this site to feature to my audience because I want my audience to get amazing products from great brands! If you purchase via my link, I make a very small percentage from that purchase.

Which skin type is it good for? Normal Oily Combination Dry Sensitive A 15-piece set of Sephora’s favorite sun care products in convenient travel sizes, featuring sunscreen and safe self-tanning options for beautifully bronzed and protected skin plus a waterproof, reusable bag that’s perfect for your summer adventures. Solutions for:
– Sun protection If you want to know more…|
-Have an upcoming trip?  Pop this set in your bag for an array of sun protection options to keep you guarded while on the go

Which skin type is it good for? Normal Oily Combination Dry Sensitive A fast-absorbing gel-serum packed with 3-O C vitamin C, collagen amino acids, and a proprietary energy complex to create a smooth and luminous complexion. Solutions for:- Dullness and uneven texture- Fine lines and wrinkles- Loss of firmness and elasticityIf you want to know more… Revive tired-looking skin for a radiant, healthy-looking complexion.