For the perfect holiday weekend, you need a fabulous cocktail. Here’s a great cocktail that is perfect for just one person but it’s even better shared as a pitcher drink which means invite people over to share it! 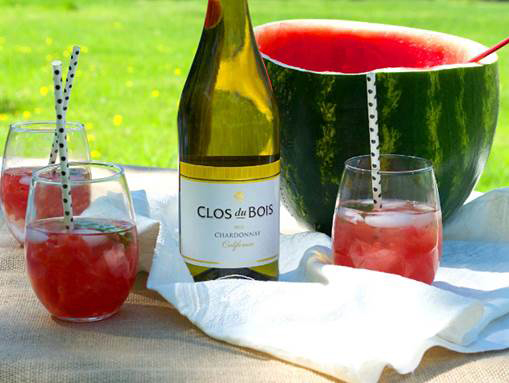 Directions:
Combine watermelon chunks and simple syrup in a blender (use hands and mash for a thicker consistency).
Pour the watermelon juice in a double rocks tumbler or wine glass, filled a quarter way.
Add ice cubes.Fill the rest of the glass with Clos du Bois Chardonnay.
Top off with a splash of club soda and garnish with mint.

Kevin West’s Rose Gelée infused with SIMI Sonoma County Dry Rosé
This is a non-traditional recipe. It’s a gelée–which is sort of like a gelatin. This one has wine in it. Try it. Do not assume there is no alcohol in this. The wine is NOT heated– so this still packs a punch! 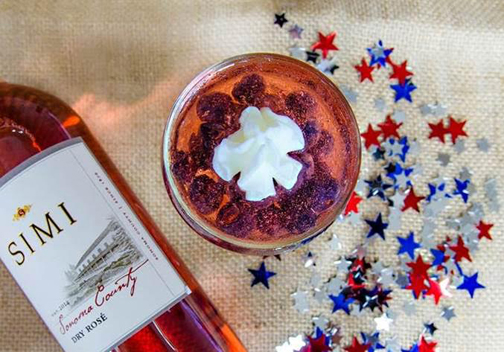 Directions
1) Sprinkle the gelatin over ¼ cup of the water in a small bowl. Set aside for a few minutes to rehydrate.

2) Combine the remaining water and the sugar in a small saucepan over medium heat and stir until the sugar is dissolved. Remove from the heat.

3) Add the gelatin to the sugar syrup and stir to dissolve. Combine with the wine in a medium mixing bowl or a 9-inch square baking pan. Refrigerate for 3 hours, until set.

4) To serve, arrange in glasses or small bowls atop a pile of blueberries and top with whipped cream for a festive rose, white and blue look. 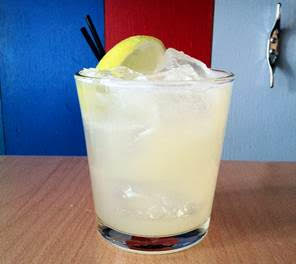 How to create Pistachio Vodka (Infusion)
Use about 6 oz of pistachio shells (raw and unsatled) per liter of vodka. Let infuse for about 24 hours.

Inspiration for this cocktail:
Lazy Point, an urban beach house themed cocktail bar in NYC, is bringing vodka to the forefront of the artisanal cocktail game thanks to their house-infused Pistachio Vodka.

Head mixologist Jeremy Strawn (Mulberry Project and Death & Co.) created the Pistachio Vodka because the unique and bold flavors of the pistachio seemed like a natural fit for an infusion. To create it, the shells of the pistachio nut are utilized, as that is where the rich and nutty flavor is held, and is then infused with Reyka Vodka for about 24 hours or until the full bodied flavors have infused with the vodka.

About Jeremy Strawn
After relocating to New York City from Texas, Strawn began working at nightclubs and bars, learning the ropes and earning his stripes as a skillful barman. It was during his time at The Back Room that Strawn met the renowned Alex Day who took him under his wing and became his mentor at Death & Co., giving him serious bar and cocktail education. Strawn has since worked with Matty Gee of Milk & Honey, Jim Kearns of Mayahuel and Rye House, Cory Mason of Freemans and Smith and Mills and Jason Litrell of Death and Co. and Dram. He has also led his own cocktail programs at Bistrot Bagatelle, The Standard Hotel, Trump Hotels, MPD, One Group and Day and Night. In 2011, Strawn and Nick Boccio opened his own bar, Mulberry Project in New York’s Little Italy. In addition to Mulberry Project, Strawn currently serves as the head Mixologist at Lazy Point, an urban beach house inspired cocktail bar.