‘Famous October’ Is Coming to LA, US for “One Day Baby” Tour + Album!

Indie Folk Duo: FAMOUS OCTOBER hit Los Angeles and cities across the US in support of their debut album, “ONE DAY BAY” in the ONE DAY Baby Tour! 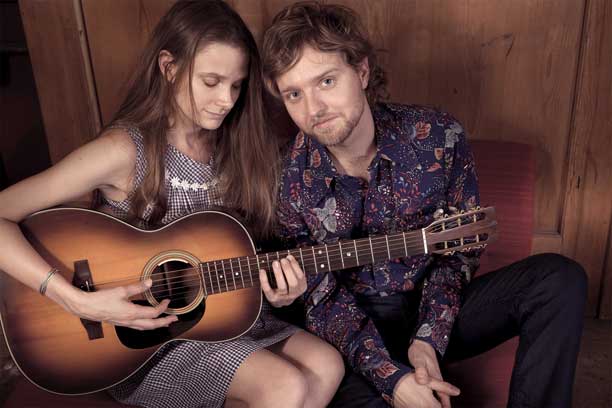 Their music is resonant with indie-folk influences and maybe a few ‘Americana’ bits too. Their sound evolves depending on the direction of each song as expected but their harmony is quite lovely.

What’s fascinating about this duo (Rene Coal Burrell and Sarah Bowman) is that they are based in Switzerland and traveled here to the US for this tour with their 1-year-old daughter, Cecilia! The tour musical equipment included Sarah’s cello for the US tour as well. Their new album and tour are both titled One Day Baby (as they wrote and recorded the album while Sarah was expecting). 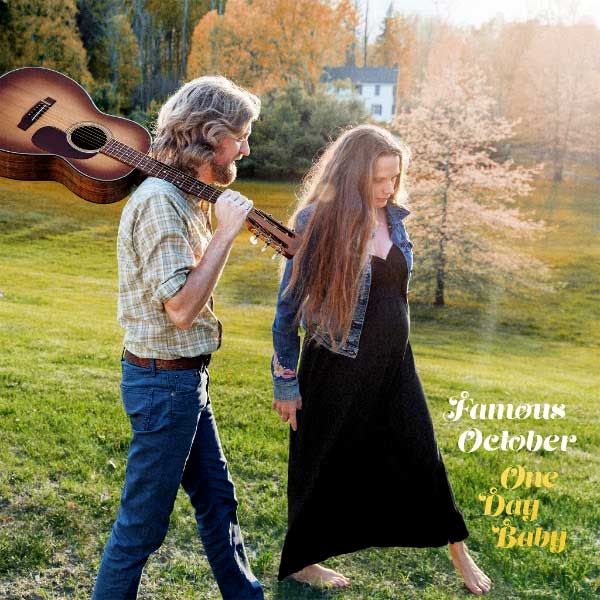 Press Release:
Indie folk duo, Famous October, is pleased to announce their upcoming “One Day Baby” Tour, which spans to over 30 cities across the U.S. Brought together by music from opposites sides of the world, American Sarah Bowman and Swiss Rene Coal Burrell joined forces in music (and later in matrimony) after meeting in 2006 at a small Swiss music venue. Today, the couple is pleased to announce their “One Day Baby” Tour, from July 29 through September 23, to promote their upcoming debut album, One Day Baby, scheduled to birth on October 7, 2016.


Though both artists are from different hemispheres, it was their individual fervent pursuit of their music that inevitably brought them together.

—Burrell grew up in a peaceful small Swiss town at the foot of the Alps while Bowman grew up in a high crime and economically depressed neighborhood in racially tense Davenport, Iowa. By age 19, Burrell had achieved national recognition in his native Switzerland as a BMG alt-country artist, having been nominated for a Swiss PRIX WALO award and opening for Neil Young, ZZ Top and Amy Winehouse. Enamored with Americana music, Burrell stumbled upon a show in Luzern featuring the twin sister duo, The Bowmans, who had been touring internationally for four years.

— Bowman had been raised on her Bronx-born mother’s collection of 60s protest songs and her Detroit native father’s classical music. She studied cello, piano, and vocal performance as well as music education, graduating with Honors from Duquesne University and Notre Dame of Maryland University. She sang as a soprano with the Baltimore Symphony Choir and worked with Yuri Temirkonov and Bobby McFerrin. Bowman and her twin sister, Claire, began singing together at coffee shops since they were 14, and eventually grew up together touring through the U.S. and Europe.

—Individually, Bowman and Burrell had released 4 or 5 acclaimed albums and had developed thousands of fans internationally before joining together as a duo. Their individual success set the stage for the duo’s success to come.

Since officially coming together as Famous October in 2012, Bowman and Burrell have amassed an international following with their initial tours through Switzerland, Germany, the Netherlands and the U.S. In their first collaborative year, they won a number of prestigious Swiss music awards and were commissioned to compose an embodiment of the 300th anniversary of the great “Stans Brandnacht 1713,” an excerpt of which appears on their upcoming debut album. In addition, the duo run their business, Pillow Song, which started off as a listening room for touring musicians in their rehearsal space in Stans and has grown into an international music community in which artists support one another. Pillow Song also acts as the label and management for Famous October. 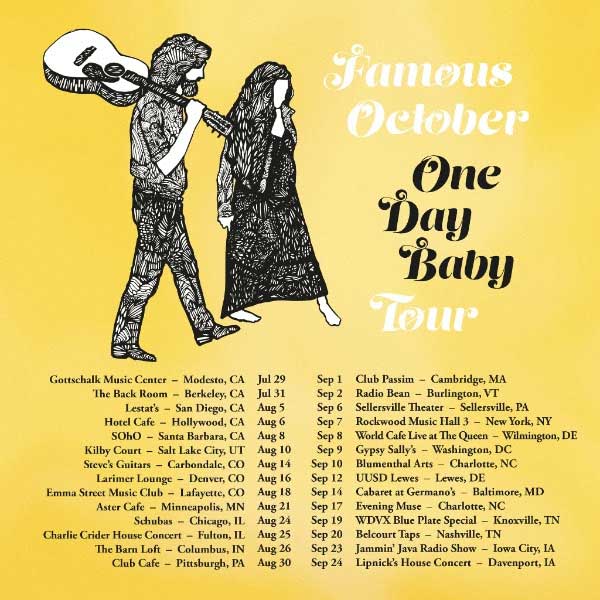 Learn more about Famous October in this video:

If you have an opportunity to see these really solid, fabulously talented musicians, don’t let it pass you by. BUY TICKETS and go see them. They are something very special!!

If you are going to feature content from LA-Story.com including images, podcasts or videos including the accompanying text, please respect copyright provisions. We require a notation of content origination (meaning credit tag), a linkback to the specific page & please email the link to stevie@la-story.com before the piece goes live. LA-Story.com, LA-Story Recessionista, Celebrity Stylescope, Celebrity Style Slam Trademark/Copyright KBP Inc./TNBT Inc 2007-18