NYC based musicians Blake Morgan and Janita are here on the West Coast kicking off a short tour and LA is stop #3 on their tour. Having opened in Las Vegas, then hit Lestat on 8/25, they are en route to Los Angeles and the noted Hotel Cafe. “The Cafe” is the perfect location for their double-billed performance. Not only do you get twice the music for the price of a ticket but you also get a musical presentation that you don’t see too often. Their harmonies are simply gorgeous…. pacing perfectly and voices with a perfect balance between them. I am rarely this impressed. Looks like I am going to be buying a CD or two. 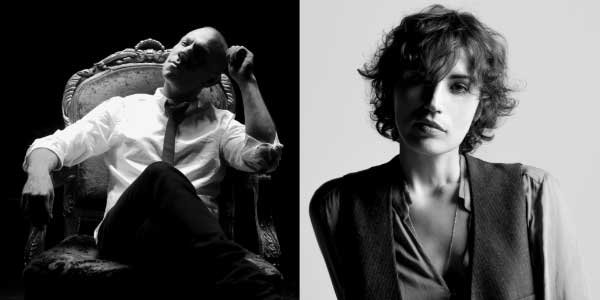 Interesting to note that in Janita’s latest album, Didn’t You, My Dear?, is getting great critical reviews. Produced by Blake Morgan for ECR Music Group, it’s a richly colored album that is a great expression of her growth since moving to the US from her native Finland. I have listened to single tunes from each of them and also the ones where they blend their own unique sounds. I can’t begin to tell you that either is better solo, just a different means to hear their individual styles and voices. Together there is something so very synergistic and neither fights to be “the key solo” so that it’s truly a musical partnership with the music for the listener coming out the winner. (See more information in the press release below. 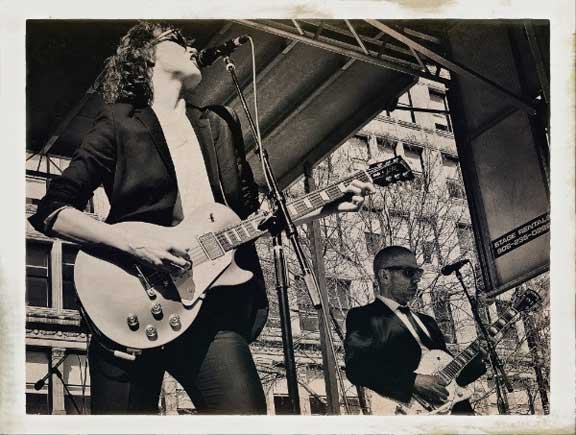 ECR Music Group and Merrill Artists Group are proud to present New York City-based alt-rock artists Blake Morgan and Janita, as they embark on their co-headlining nine-city West Coast tour, from August 22 through September 3, 2016. After sharing the bill on a highly successful month-long tour of Germany earlier this year, both artists join forces again on this double-billed US tour kicking off at House of Blues in Las Vegas, and running straight up the West Coast all the way to Seattle.

Both artists have scored significant commercial and critical successes in their music careers and have garnered major accolades along the way. A consummate performer and recording artist, Morgan recently wrapped up a sold-out eight-month residency at NYC’s Rockwood Music Hall.
The New York Times called Morgan “disarmingly unselfconscious,” while Billboard Magazine raved about his “voice that was made to be heard on the radio…inspired songwriting and passionate performances.” The Washington Post adds, “He’s got killer pop-rock instincts, something that leaps out at you…” In addition, Morgan has led ECR Music Group since 2002, growing it into one of the world’s leading independent music companies.

Originally an award-winning star in her home country of Finland, Janita relocated to NYC to land two Top-40 Billboard hits while releasing four successful albums in the US to date. Consistently selling out shows in the US and Europe, Janita has won the hearts of music critics and fans alike. Of her current new album, Didn’t You, My Dear?, Paste Magazine declares, “Janita mesmerizes… Her distinctive vocals are her stand-out asset, ranging between an edgier Feist and a softer Florence Welch.” Billboard Magazine proclaims, “This woman’s got the goods. Stardom awaits.”

The two artists began working collaboratively on Janita’s recent two albums, with Morgan as Janita’s producer. Their undeniable musical synergy naturally drove them to perform live together, sparking immediate interest among the fans of both artists, on two continents, creating a demand for more joint performances.

Check out the Blake Morgan / Janita West Coast Tour 2016 this summer in any of the nine cities below.

Don’t forget to buy some of their tunes if not entire albums. There is a lot of music in their respective catalogs!