Paul Bischoff is a writer and editor for tech services review website, Comparitech. He’s a privacy advocate and an expert when it comes to unblocking stuff on the internet. As a digital nomad who has lived all around the world, Bischoff frequently uses VPNs and other tools to access content and bypass censorship online. 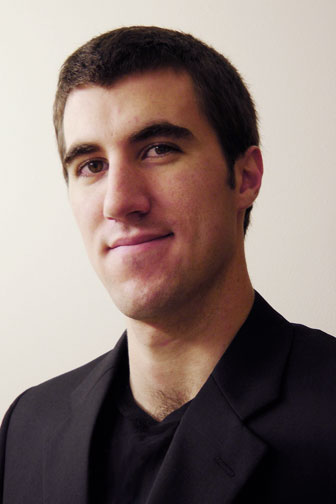 LA-Story.com recently spoke to Paul to get his insights on streaming media services like Netflix and Hulu, and why it’s getting more difficult to watch their content from abroad.

LA-Story.com:
Thanks for joining us, Paul. Recently, it seems like streaming legal content from abroad has gotten more difficult? Is that the case, and if so, why?

Paul Bischoff:
It is the case. For a long time, geographic restrictions written into content licensing agreements weren’t strictly enforced. Netflix would check your IP address, which points to a device’s rough geographic location, and serve you content based on that location. BBC iPlayer would check your IP address to make sure you live in the UK.

Virtual private networks, or VPNs, weren’t very popular yet. They could be used to fake a device’s location by routing internet traffic through an intermediary server. If I connect to a VPN in the US, it looks to Netflix as though that’s where I am.

I first started using VPNs while living in China in order to bypass censorship. At that point, streaming sites didn’t care if I used a VPN, so long as I paid the bill. I think any legal alternative to piracy was a victory for copyright holders back then.

VPNs then became a pretty common tool for accessing geo-locked content, like the US Netflix catalog, Hulu, HBO Now, and BBC iPlayer. In response, copyright holders started pressuring companies into enforcing their content licensing agreements, which are written independently for each country.

LA-Story.com:
Can you tell us briefly what the current situation is regarding Netflix and VPNs?

Paul Bischoff:
Netflix started blocking proxy connections, including VPNs, earlier this year after the global rollout. The ban now encompasses both VPNs and smart DNS proxy services. To our knowledge, only a handful of VPNs can still bypass Netflix’s firewall and allow users to watch TV shows and movies. Everyone else who tries gets an error message telling them to turn their VPN off.

LA-Story.com:
And why are you against this practice?

Paul Bischoff:
Netflix subscribers shouldn’t be forced to choose between entertainment and privacy, for one. Some people might live in countries without strong privacy protection laws, while others are connecting through unsecured hotel Wi-Fi. These are just a couple examples.

Secondly, everyone pays the same amount or more for a Netflix subscription as those in the United States. And yet the US has the largest catalog of TV shows by far. Netflix is no doubt working on obtaining content licenses–an obsolete mechanism for copyright holders to get paid–as quickly as possible to make its catalog more universal, but until then, subscribers want a workaround.

LA-Story.com:
You recently interviewed executives from some of the VPNs that you mentioned still work. Why haven’t they been blocked yet?

Paul Bischoff:
It could be a number of factors. Some of them are quite large companies, so they have the resources to implement safeguards against Netflix detection and blocking. That includes both technological resources and customer support resources, as users typically have to ask support which servers to use with Netflix. Each VPN usually only has a couple servers that work at any one time.

Other VPNs might just be flying under the radar. They don’t have a ton of customers using them to watch Netflix, so Netflix hasn’t taken notice or at least hasn’t bothered to do anything about it.

One CEO told me that if Netflix wanted to block all VPNs today, it probably could. But his theory was that Netflix wants to leave a backdoor for some VPN users to get through. Otherwise, they lose customers. The VPN providers I spoke to wouldn’t divulge how they manage to circumvent the firewall, but it appears that they might have found the backdoor and have the resources to take advantage of it. 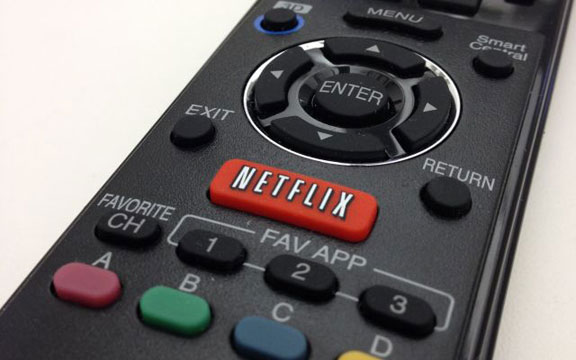 LA-Story.com:
How does Netflix block VPNs in the first place?

Netflix’s primary method of blocking VPN servers, according to the providers I corresponded with, is IP by blocking their IP addresses. One CEO told me that Netflix can simply look at which IP addresses are assigned to internet service providers and which belong to data centers. An ISP’s IP address is most likely a residence, but a data center IP is more likely to be a VPN or some other type of proxy.

Another method would be to see which IP addresses have an unusually high number of users connecting from it. VPN providers almost always use shared IP addresses, meaning dozens and even hundreds of users are assigned to the same IP address. This makes individual users more difficult to trace, but if 20 people are watching Netflix from the same IP address on 20 different accounts, that’s a red flag.

Once a VPN server’s IP address has been identified, Netflix just needs to blacklist it using a firewall. This same tactic has been used by BBC iPlayer, HBO Now, and Hulu.

LA-Story.com:
What’s the result of these VPN countermeasures?

Paul Bischoff:
Copyright holders might indeed regain a bit of revenue. Cable companies and other streaming sites will be inclined to pay more for content if they know Netflix isn’t directly competing with them for viewership.

But I think the more likely result is that copyright holders lose money by driving people back to privacy. All of the VPN provider’s I have interviewed share this concern. If a show isn’t on Netflix, then just pirate it. Why pay for an expensive cable subscription or an online Netflix rival, when I’ve already paid for Netflix?

This is especially true for travelers, who only want to use a VPN while watching Netflix or Hulu during temporary stays abroad. They don’t have local addresses or payment options to sign up for new services like that, and they wouldn’t want to buy a whole new subscription for just a couple weeks’ time.

LA-Story.com:
Is there a better way to screen users that complies with those licensing agreements?

Paul Bischoff:
The best thing would be to reform the content licensing scheme altogether, and scrap geographic restrictions in the process. It’s a mechanism that made sense before the internet age, but it just doesn’t apply now.

Aside from that, some people have proposed that the content you can watch should be based on your physical billing address rather than an IP address. Surely companies like Netflix, which has the resources to continually verify and block IP addresses, could do the same for billing addresses.

The argument is that content licensing restrictions usually pertain to the location that a user is watching from, not from where they paid their bill. This is one area where content licensing agreements could be reformed.

LA-Story.com:
Thanks for your time, Paul. Any final words?

Paul Bischoff:
I know due to the circumstances that Netflix and other streaming services seem like the bad guys, but I really don’t think they are. They are beholden to copyright holders that haven’t kept up with technology. If anything, Netflix is helping to disrupt traditional media made up of giant corporations that have remained stagnant for too long.

Thanks to Paul Bischoff, writer and editor for tech services review website, Comparitech for this brief review and interpretation of his longer, in-depth discussion and review of this current topic that is featured on Comparitech at this link!

If you are going to feature content from LA-Story.com including images, podcasts or videos including the accompanying text, please respect copyright provisions. We require a notation of content origination (meaning credit tag), a linkback to the specific page & please email the link to stevie@la-story.com before the piece goes live. LA-Story.com, LA-Story Recessionista, Celebrity Stylescope, Celebrity Style Slam Trademark/Copyri