Part of the “Powering the Hero Within” healthy-eating alliance between the two brands, the recipes reflect each character’s origin story, personality or super-power. Just some examples designed to help moms and dads win the often-heroic struggle for healthier households. 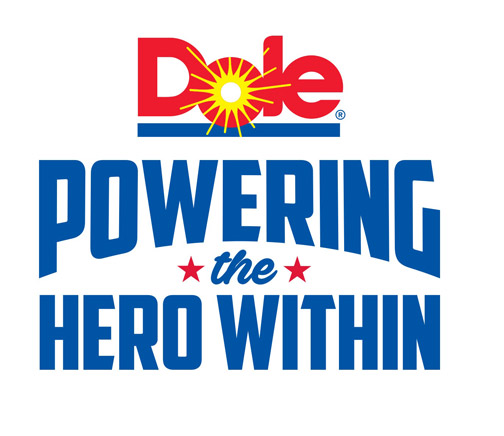 “Powering the Hero Within” (#DoleHero) is an eight-week healthy-eating alliance between Dole and Marvel that combines original Marvel character-inspired recipes and healthy eating tips with character images on millions of DOLE® Bananas and Pineapples in U.S and Canadian supermarkets continentwide.

Created by Dole Chef Mark Allison and registered dieticians at the Dole Nutrition Institute (DNI), each recipe links to the powers and personalities of the character:

“Dole is taking its cue from the Marvel Universe to honor some of the biggest superheroes of all – the moms, dads, grandparents, teachers, coaches and others committed to making the home a healthier place,” said Bil Goldfield, director of corporate communications for Dole. “Since we know that getting kids to eat healthy can often seem like a hero-sized challenge, we’re arming those on the front lines with the reinforcements they need to change family eating habits one great-tasting healthy snack, entrée or dessert at a time.” 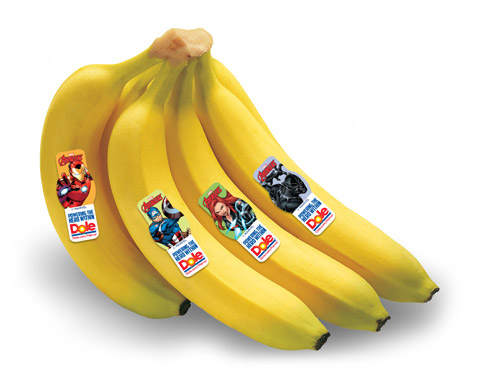 In addition to those iconic Marvel characters featured on DOLE produce, the program includes  a dedicated Dole microsite offering
–recipes,
–character details
–a celebration of the healthy-living collaboration between Dole and Marvel through May 11. 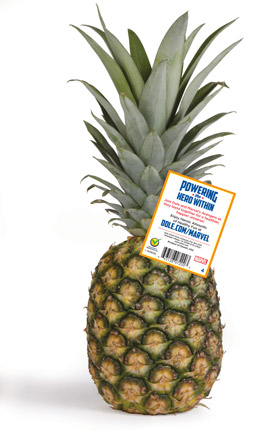 For recipes and other information about “Powering the Hero Within,” go to www.dole.com/Marvel.
Use #DoleHero to follow us on social.

Dole Food Company, Inc., is one of the world’s largest producers and marketers of high-quality fresh fruit and fresh vegetables. Dole is an industry leader in many of the products it sells, as well as in nutrition education and research. For more information, please visit www.dole.com.

Marvel Entertainment, LLC, a wholly-owned subsidiary of The Walt Disney Company, is one of the world’s most prominent character-based entertainment companies, built on a proven library of more than 8,000 characters featured in a variety of media over seventy-five years. Marvel utilizes its character franchises in entertainment, licensing and publishing. For more information visit marvel.com. ©2018 MARVEL

While this sounds like  a post for kids, think again. There are some decent recipes in the recipe “bay” of the Dole/Marvel microsite.  Despite the goofy  names that will definitely appeal to kids, some of those recipes are definitely an easy fix and healthy too!