“Will Jennifer Anniston and Brad Pitt Get Back Together?” By Lee Wilson

Home » awkward moments » “Will Jennifer Anniston and Brad Pitt Get Back Together?” By Lee Wilson

Will Jennifer Anniston and Brad Pitt Get Back Together?

Jennifer’s relationships have been under the magnifying glass of magazine covers and websites since she starred in Friends but her marriage to Brad Pitt might have been the highest-profile of them all.

The rumors of Brad having an affair and that being the cause of their divorce led to a media frenzy. Now the frenzy is over the two making nice at the Golden Globe awards. Is it possible that they could get back together?

In the relationship-recovery service, there’s a secret about marriages that are rocked by an affair. I’m often hesitant to discuss it because I don’t want people to get the wrong idea, but if a couple is willing to give their relationship another try after an affair, their relationship can be stronger than before.

I’m not just saying that Jennifer and Brad could find a way to be happy again. I’m saying that relationships that survive an affair can actually be stronger because the affair happened.

That might sound backward or crazy, but what happens is that a couple in Brad and Jennifer’s situation – where there potentially still love there – know that something was missing when they were together before. Something that made their relationship vulnerable to an affair. 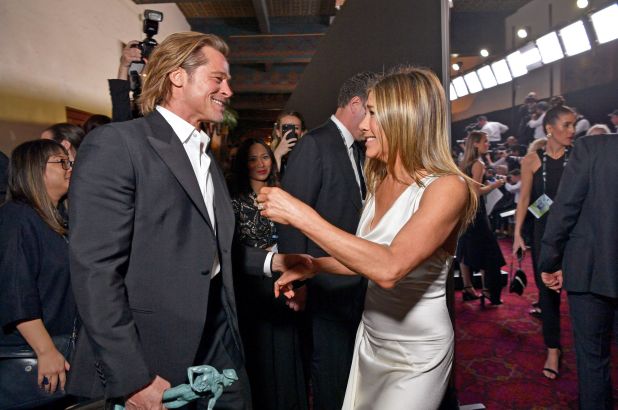 Rather than making a reactionary diagnosis by saying that if something was missing that they were right to call it quits, I can look at twenty years of professional observation to say that there is no perfect marriage out there. The problem is that most people are blind to vulnerabilities in their relationship. Most, without consciously realizing it, operate under the assumption that their relationship is bulletproof.

Brad and Jennifer have the unusual blessing of knowing now that they had vulnerabilities and missing pieces. The often unrealized beauty of this is that if they still love each other, they have the motivation to make this potentially new relationship together less vulnerable, more fulfilled, and better protected. They each know themselves and each other better.

Nothing beats learning through experience. Getting back together with someone who has cheated isn’t for everyone. I know that from thousands of clients over the years, but I can say that when two people still love each other after an affair, they have the opportunity to have something exceptionally strong.

Intimacy, for starters, can increase between the two because they are far less likely to keep secrets. Brad isn’t hiding anymore and he would now know, if it’s true, that Jennifer still loves him in spite of what happened. She sees him now without the secrets and, though she doesn’t condone what he did, it appears that she doesn’t see him as a monster or as wicked but, instead, as a flawed human being, just like her. Just like all of us.

Will they give it a try? Their body language and facial expressions certainly show warmth and even a genuine fondness of each other. I can also say that my observations of the two of them interacting recently tell me that there is still a spark between them and the connection they had is still standing like a brick wall. 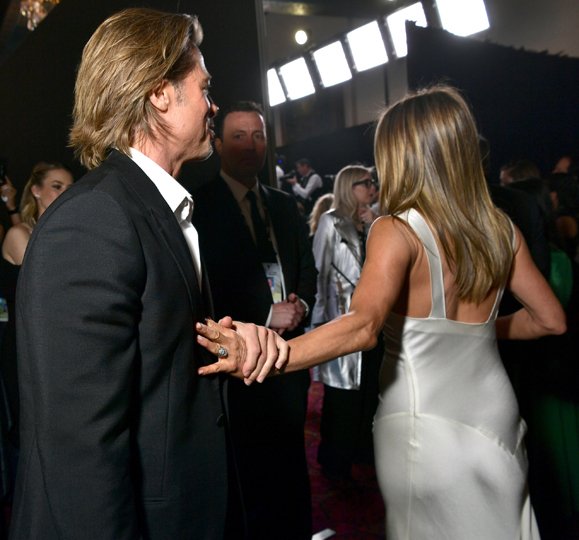 The specific way that the two of them smiled at each other and interacted at the awards expressed a few important emotional-based traits to me.

One was a look of captivation. In this case, the intimacy they used to share and the continuing connection I mentioned probably makes them both wonder what new things the other has experienced. You could call it pleasant curiosity.

Such a curiosity increases intimacy as the desire to get to know each other again spikes. Intimacy is seeing the other person and being seen by the other person naked – not just physically but emotionally and spiritually.

I see all the body language, facial expressions, and speaking postures that suggest that something deep and powerful is still there between Brad and Jennifer, but it is, of course, ultimately up to just the two of them. 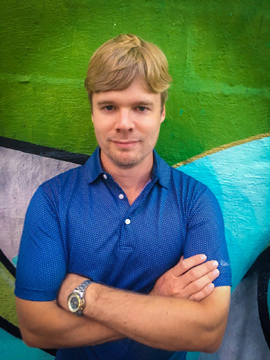 Lee Wilson, A.K.A. Coach Lee, is a relationship expert and coach who helps people get their ex back after a breakup and helps save marriages in danger of divorce. He has been interviewed by Cosmopolitan, Bravo TV, Yahoo Lifestyle, Reuters, The Sun and Elite Daily among others.
He has been viewed by multi-millions on YouTube.

Thanks to Lee Wilson for his insightful article on Jennifer Aniston & Brad Pitt. I always wondered if they would be able to stop avoiding each other and be able to be in the same room. Doing it around the press and paparazzi is quite a different element, but if it (their ease in being around each other along with happy for the other’s win) shows in those situations, then it’s the “real deal”.