Have a “Girls Night In Via Facetime, Skype or Zoom while Binge-Watching these TV Shows!

Home » California » Have a “Girls Night In Via Facetime, Skype or Zoom while Binge-Watching these TV Shows!

Have you been longing for a night out on the town with your ladies? Instead of getting down and out about having to shelter in place away from your girl squad, have a girls night in and get lost in these Top 10 binge-worthy female-centric TV series that have strong female leads and will give you the girl-power you have been missing! Cook up some delicious appetizers, pull out your best cocktail recipes and get ready for a well-deserved evening at home with your favorite females from TV!

Tag your squad and share this week’s binge-watching guide from Warner Bros. Home Entertainment on your sites and socials today! All titles are available to own at major digital retailers today; including iTunes, Amazon Prime, VUDU, and GooglePlay!

TOP PICK OF THE WEEK

Get on the case and watch this incredible series that will have you glued to your screen from start to finish! 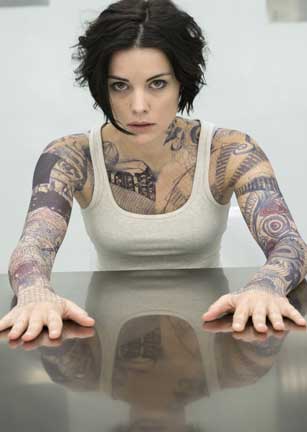 A vast international plot explodes when a mysterious Jane Doe (Jamie Alexander) is discovered in Times Square, covered in cryptic tattoos with no memory of who she is. But there’s one tattoo that’s impossible to miss: the name of FBI agent Kurt Weller, on her back. Soon, Weller (Sullivan Stapleton) and his FBI team realize that each mark on her body is a crime to solve, leading them closer to the truth about her identity.

This mind-blowing series with badass females and ride or die fans returns to TV this week with all-new episodes. Catch up with Season’s 1-4 on Digital today, just in time for the fifth and final season premiere on Thursday, May 7 at 9/8c on NBC.

In support of our top pick this week – Here’s a clip that has had fans on the edge of their seats from Blindspot: Season 4’s finale. Season 5 has already premiered! Please check out this all-new clip and share with your friends! 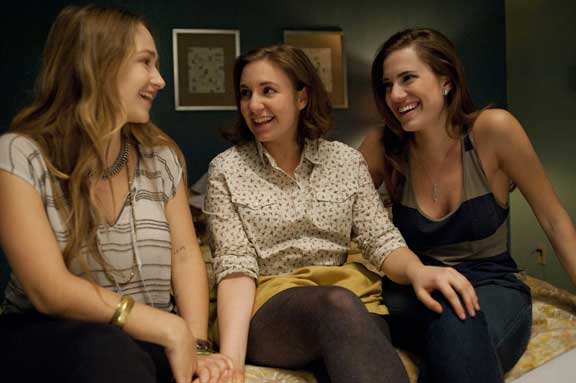 Created by and starring Lena Dunham, this semi-autobiographical series takes a comic look at the assorted humiliations and rare triumphs of a group of girls in their early 20s. Hannah (Dunham), Marnie (Allison Williams), Jessa (Jemima Kirke) and Shoshanna (Zosia Mamet) are trying to figure life out. They’ve been living in New York City for a couple of years, but they’re still not sure what they want – from boys, from each other, from themselves. And things aren’t getting any clearer. 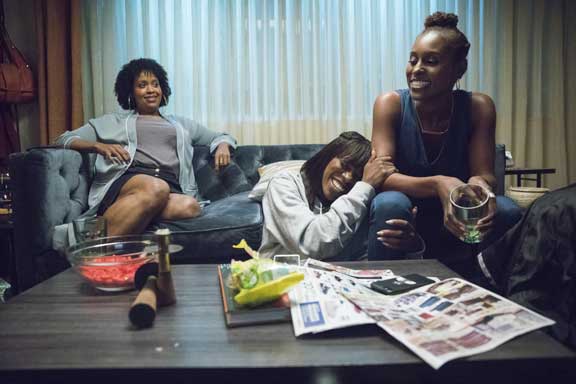 Created by and starring Issa Rae, the half-hour comedy Insecure looks at the friendship of two modern-day black women, as well as all their uncomfortable experiences and racy tribulations. 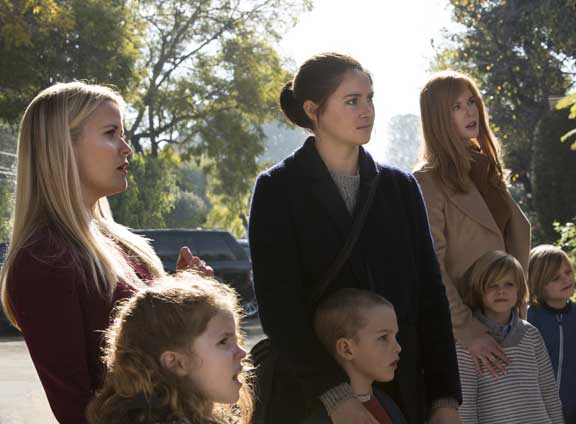 Based on Liane Moriarty’s bestselling book, and starring Reese Witherspoon, Nicole Kidman, Shailene Woodley, Laura Dern and Zoё Kravitz, this subversive, darkly comedic drama weaves a tale of murder and mischief as it explores society’s myth of perfection and the contradictions that exist beneath our idealized façade of marriage, sex, parenting, and friendship. Set in the tranquil, seaside town of Monterey, California, nothing is as it seems. Doting moms, successful husbands, adorable children, beautiful homes. This allusion of perfection begins to erode the night of a school fundraiser which leaves the community reeling as the “Monterey Five” bond together to pick up the pieces of their shattered lives. Iconic actress Meryl Streep joins this stellar cast for season two, which further explores the malignancy of lies, the durability of friendships, the fragility of marriage, and the vicious ferocity of sound parenting. Relationships will fray, loyalties will erode…the potential for emotional and bodily injury shall loom. Alexander Skarsgård, Adam Scott, James Tupper, and Jeffrey Nordling co-star. 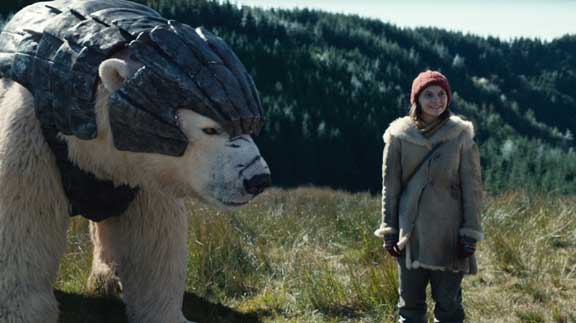 His Dark Materials takes place in a world parallel to our own, where a human’s soul exists outside one’s body in the form of a talking animal called a “daemon.” The all-powerful Magisterium rule over this world where they suppress any knowledge that attempts to challenge its ideas, particularly around the theory that multiple worlds exist.
Season One of this compelling HBO series follows Lyra (Dafne Keen), a young orphan who was left as a baby at Oxford’s Jordan College by her uncle Lord Asriel (James McAvoy) and desires a life of adventure beyond the confines of her bookish, scholarly surroundings. But when Lyra’s best friend goes missing, her search for her kidnapped friend uncovers a plot involving stolen children and transforms into a quest to understand a mysterious phenomenon known as Dust. Over the course of the season, as she journeys through the different worlds – including our own – Lyra encounters extraordinary beings and dangerous secrets, with the fate of both the living and the dead at stake. 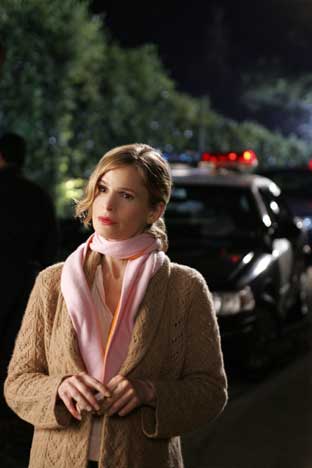 An offbeat personality, a tough-as-nails approach and a track record as one of the country’s leading investigators–these are just a few of the traits exhibited by television’s next great detective, Deputy Chief Brenda Leigh Johnson, played by Golden Globe Award winner Kyra Sedgwick in “The Closer.” In her first lead role in a dramatic series, Sedgwick plays a CIA-trained detective who has been brought from Atlanta to Los Angeles to head up the Priority Murder Squad, a special unit of the LAPD that handles sensitive, high-profile murder cases. 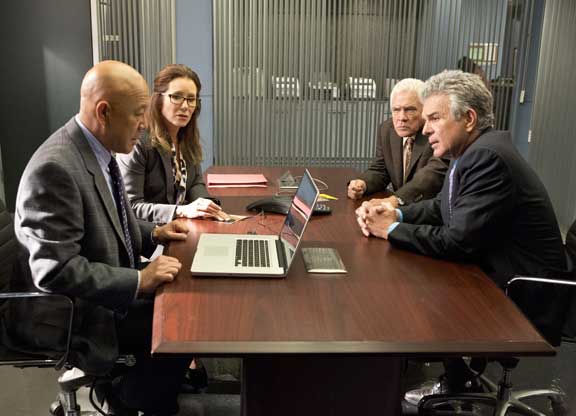 Major Crimes takes television’s favorite squad of detectives — known to viewers from the hit series The Closer — into bold new territory. Set in the Los Angeles Police Department, the series stars Academy Award® and Emmy® nominee Mary McDonnell, G.W. Bailey, Tony Denison, Michael Paul Chan, Raymond Cruz, Phillip P. Keene, Kearran Giovanni, and Graham Patrick Martin. The Closer veterans Robert Gossett, Jon Tenney, and Jonathan Del Arco will also appear. The series picks up where The Closer leaves off, centering on what it takes to secure an airtight conviction, exploring how the police and prosecutors work together to build a solid case that will result in a suspect confessing, signing a plea agreement or being found guilty in a court of law. 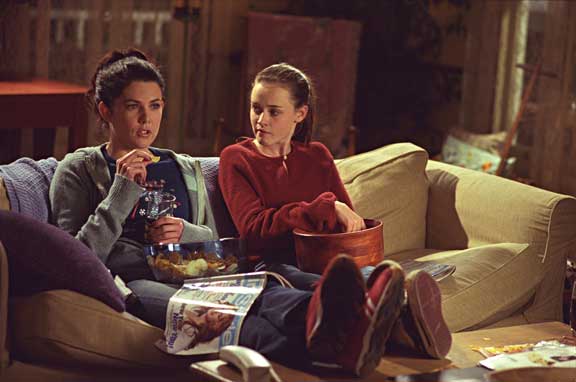 Welcome to Stars Hollow, Connecticut, a charming, small and slightly off-center town known for green lawns, clapboard houses–and enough quirky characters to fill every hayride, parade, and picnic for miles. It’s here that we meet headstrong 32-year-old Lorelai Gilmore (Lauren Graham), who carves out a comfortable, warm, caffeine-filled life for herself and her equally willful teenage daughter, Rory (Alexis Bledel). But when Rory’s attention turns from dreams of private school and Harvard to thoughts of boys and adolescent self-reliance, single mom Lorelai begins noticing more of her own rebellious youth–only 16 years ago–in Rory.


Bonus: Gilmore Girls: A Year in the Life (2016) 1 season; 4 episodes
Lorelai, Rory, and the rest of the gang reunite for Gilmore Girls: A Year in the Life. The premiere kicks off in present-day Stars Hollow, where Lorelai still runs the Dragonfly Inn and Rory has experienced some career success. As Rory works through struggles and Lorelai deals with some unresolved issues of her own, viewers will see Emily Gilmore (Kelly Bishop) handling the loss of her husband, Richard.

Trailer for Gilmore Girls A Year in the Life! 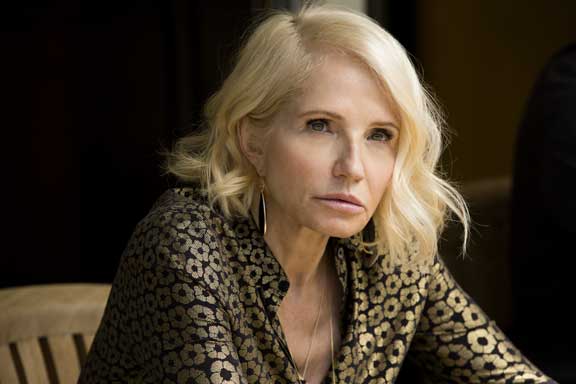 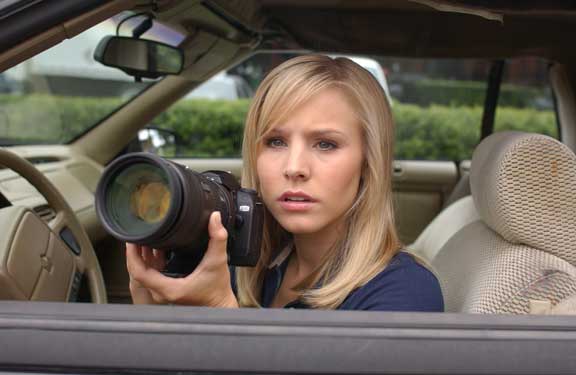 In the wealthy, seaside community of Neptune, the rich and powerful make the rules. They own the town and the high school, and they desperately try to keep their dirty little secrets just that…secret. Unfortunately for them, there’s Veronica Mars (Kristen Bell), a smart, fearless 17-year-old apprentice private investigator dedicated to solving the town’s toughest mysteries. During the day, high school senior Veronica negotiates the halls of Neptune High like any average teenage girl. By night, she helps with her father Keith’s (Enrico Conantoni) private investigator business, sneaking through back alleys and scoping out no-tell motels with a telescopic-lens camera–while studying her math book–in an attempt to uncover the California beach town’s darkest secrets.

Bonus: Veronica Mars (2019); 1 season; 8 episodes
Spring breakers are getting murdered in Neptune, thereby decimating the seaside town’s lifeblood tourist industry. After Mars Investigations is hired by the parents of one of the victims to find their son’s killer, Veronica is drawn into an epic eight-episode mystery that pits the enclave’s wealthy elites, who would rather put an end to the month-long bacchanalia, against a working-class that relies on the cash influx that comes with being the West Coast’s answer to Daytona Beach.

Other series I would recommend include:
—  Black List (which has very strong female characters),
— Scandal  (lots of strong female roles),
— CSI-Los Angeles has added more female characters as the seasons roll by,
— How to Get Away with Murder  which is about to wrap up for the series finale.
— Grey’s Anatomy has  16 seasons (which will be the LONGEST binge-watch of any of these shows. )

Bloom Into Spring with These Floral-Inspired Coc