Riding the wave of the media tsunami put forth by Disney’s international blockbuster, PIRATES OF THE CARIBBEAN: ON STRANGER TIDES, Los Angeles-based Tolestar Entertainment returns to Orange County with a family entertainment program celebrating pirates, steam punks, zombies and mermaids after earning a coveted “Best Of” Award from LA Weekly on their maiden voyage in’09.

This fun summer family frolic delivers a thrifty alternative to a theme park day pass. Military on active duty also get in FREE with a military ID.
Tickets are $20.00 per adult; kids under 10 FREE with a paid adult admission!
DATE: 8/27 & 8/28
Time: 9 AM- 6 PM both days.

Several weeks before the event, we took the time to interview two popular pirate bands:
The Doxie Chicks 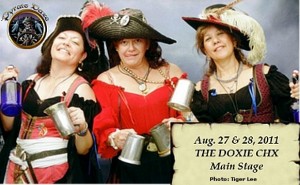 and the Pirates Charles 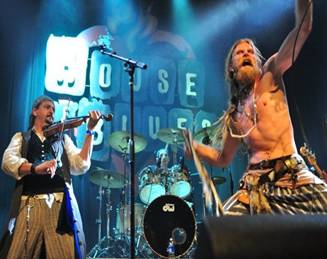 to get the inside scoop on the growing “pirate lifestyle” and to talk about several hot items in the Pyrate Daze Charity Auction.

About Heartfelt Cardiac Projects: Sudden Cardiac Arrest (SCA) claims the lives of over 450,000 Americans each year* and is the #1 killer in the U.S. SCA can result in the death of individuals who may or may not know of pre-existing heart conditions. Heartfelt Cardiac Projects provides cardiac screening in order to save lives from preventable tragedies due to Sudden Cardiac Arrest (SCA). Echocardiograms (ECHO-cardiac ultrasound) and Electrocardiograms (ECG/EKG) are offered for a nominal tax deductible donation, per screening.

Pick a FREE bronzing mini with any $25+ order. Enter code SUNKISS at checkout. Online only! While supplies last.