Last October, perfumer Andy Tauer and filmmaker Brian Pera started a collaboration combining the worlds of perfume and film with a fragrance called Miriam. Inspired by the character of the same name in the Evelyn Avenue film series called Woman’s Picture, Miriam looked back to the past from the present, paying homage to the rich, robust fragrances of yesteryear and the bittersweet play on memories those fragrances often evoke now.

Now in light of a new noir film (metaphor/pun intended), there is another launch — of both fragrance– and kickstarter project for another film, ONlY CHILD .
Dark Passage is a different kind of retro fragrance — and is presented as part of a new series in the Tableau de Parfum/Woman’s Picture project. 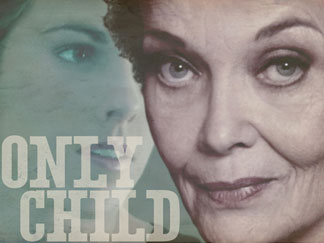 Packaged in 7ml enamel atomizers and available in limited edition quanities, the Tableau Snapshots are smaller in scale, providing Tauer and Pera the opportunity to experiment with new ideas. Tauer and Pera regard the larger scale fragrances like Miriam, and the forthcoming Loretta, as portraits which capture the breadth of a life lived in full. The snapshot fragrances are hand held, and preserve fleeting moments in

Like the characters in the noir films which inspired it, DARK PASSAGE is complicated. Its’ mixture of light and dark elements recalls the femme fatales and dark strangers of noir, caught somewhere between a dark, mysterious past and the promise of a bright better day.

ABOUT LORETTA:
Tauer describes Loretta as as being on the rich, sensual and dark side. Notes are ripe dark fruit, a velvet rose, a spicy tuberose, a note of sparkling orange blossom, all nicely arranged on a queen sized bed of dark patchouli and woody notes with vetiver, ambergris, a touch of leather, and sweetened orris root.

About the character Loretta, played by Amy LaVere in the Woman’s Picture series, Andy says:

“Loretta is a dreamer, she is lost in her dreams and we cannot reach her. She is incredibly sensual and in my eyes she is also very sexy. And I felt a contradiction in her, a paradox …I am searching for the right word here… an incongruity: She seems very vulnerable, yet she is not, but in the end she might be. In Loretta’s dream world there is this man who falls in love with her and wants to take her with him to save her and to start a life with her. Loretta’s dream world is quite romantic and I feel very close to her there.”

Filmmaker Brian Pera, who has collaborated with Tauer on these related films and fragrances, had this to say about Loretta:

“When Andy first sent me this fragrance it was one of those ‘a-ha’ moments. Like a lot of perfume lovers, I despair sometimes at the number of fragrances released each year. Your nose and mind gets cynical after a while. Every once in a while you smell something so surprising and refreshingly unique that it re-calibrates your appreciation of the art. Loretta did that for me. I opened the package sitting in my car, sprayed some on my hand, and sat there a little stunned. I love Andy’s fragrances and always expect to be delighted, but this was something different – not just delight but shock. I think Loretta is quite different in general from the things I usually smell, but for Andy it is entirely unexpected as well. There’s a rich sensuality to Loretta which you feel the moment you smell it. There’s something like body heat in the fragrance. And underneath that, or playing alongside it, is a playfulness, something childlike. I was gratified to see how well Andy captured the character Loretta and with this fragrance instantly brought me back into her universe. I’ve been excited to share this fragrance with other perfume lovers because I think it says something new about Andy, and because for me it’s a pretty thrilling meditation on tuberose.”

Inspiration:
Noir films are typically black and white. Dark Passage isn’t quite so polarized, but it contains equally bold contrasts. The wonderfully rich, refined patchouli used by Tauer in the fragrance is something to behold, at once earthy and clean shaven. Birch tar and cacao move this patchouli theme in interesting directions, evoking the open road and the small town diner, steaming cups of coffee on a formika countertop, bright sun coming in parellel lines through window blinds, crisscrossing a dim room with their highly keyed stripes. DARK PASSAGE is both femme fatale and private eye, a happy union between feminine and masculine. It speaks in Lauren Bacall’s smoky baritone and regards you with Bogart’s level gaze. 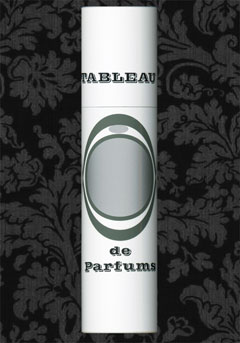 Dark Passage is being presented for only the next several weeks as part of the kickstarter campaign for ONLY CHILD, a mother/daughter noir in the tradition of Mildred Pierce and Now, Voyager starring Grace Zabriskie (Big Love, Twin Peaks) as a mother searching for her vanished daughter.

ONLY CHILD is the second feature film in the Woman’s Picture series and continues the exploration of perfume as a central thematic concern. Tauer and Pera have made DARK PASSAGE available this one time and this one time only in an effort to help raise their kickstarter goal. After the campaign, Dark Passage, like a fugitive character out of noir, will never show its face again.

Please check out evelynavenue.com in the coming days to hear Andy’s thoughts on the fragrance, and check out the kickstarter page to see what other things are available for your donation. Note: surprises are coming there in the next week or two.

Dark Passage is available for a limited time only. To be exact, only 25 days(starting 3/3/2)

Tableau de Parfums presents Dark Passage, a snapshot fragrance, and a wonderful handmade SOAP created by Andy Tauer. Andy says this is the best soap he’s ever made:

“The notes that I worked with are rose, a clean and almost citrusy geranium, Orange blossom, Tuberose, a hint of ripe fruits (plum), and a clean line of powdery and velvet like fruity ambergris. The medium “soap” comes by itself with a scent aspect of cleanness, and with a lightness, thus the glycerin soap lifts the heavy jasmine absolute with its natural indoles and the rich honey like Bulgarian rose absolute. The fragrance permeates the soap wonderfully, and makes itself heard. The soap is all transparent with a yellowish gleam to it: This is entirely due to the natural absolutes of rose and jasmine. The lather is silky and due to the high quality it does not dry the skin and moisturizes gently.” 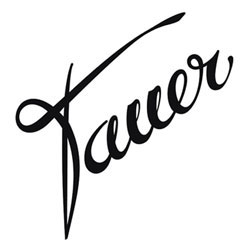 Tauer and Pera will add more fragrant exclusivities in the coming days, that they will make available especially for this occasion. Follow Tauer and Pera on facebook (https://www.facebook.com/womanspicture ) ,
Twitter (www.twitter.com/onlychildfilm )
and on the blog of Evelyn Avenue (www.evelynavenue.com/blog )

While you get a taste of the film via the youtube video, try the scent– because you can have it before anyone else! (Yummy, sexy, noir)