Al Jardine a member of The Beach Boys, is dropping his first-ever solo album, Postcards from California, 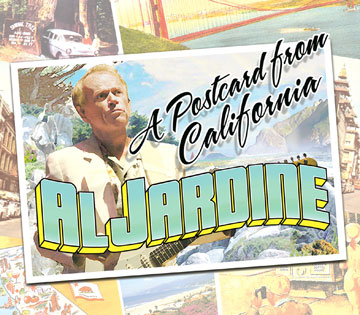 A veteran of the music industry, Jardine is a Rock and Roll Hall of Fame inductee and a proud recipient of a Grammy Lifetime Achievement Award. The album showcases Al Jardine’s personal style while evoking the classic sound of the Beach Boys, who are reuniting for their 50th anniversary tour this summer. This is the first time the group has toured together with Brian Wilson in 20 years.

The collection, A Postcard from California, was largely penned by Al Jardine and features a regular “who’s who” of classic rock and popular music royalty. Jardine was joined in the studio by a steady and willing stream of famous friends, including Brian Wilson, Neil Young, Steve Miller, Glen Campbell, Gerry Beckley and Dewey Bunnell of America, Flea from the Red Hot Chili Peppers, David Crosby, Stephen Stills, Alec Baldwin, and John Stamos. Completing the generational span, Jardine’s sons, Matthew and Adam, are also heard on vocal harmonies

Jardine recently discussed how water, the environment, ecology, and a primary concern for
nature are still predominant themes in his material. “‘Don’t Fight the Sea’ started a long time ago,” Jardine explains, “with a Canadian friend of mine, Terry Jacks, who was kind enough to allow me to rewrite his song for a solo album that Mike Love and I were planning around an ecology theme. The song evolved into a beautiful statement about the futility of man’s efforts to tame the ocean.”

The fifteen-song collection includes four cuts that comprise what Jardine calls “the green side” of the new album, compositions that speak to the relationship of man and his environment. “Don’t Fight the Sea,” “Tidepool Interlude” and “A California Saga” are songs that reflect this artist’s deep love for the California coastline and his concern for the ecological health of the planet.

On Saturday, 4/21/2012 at 2:00, Al Jardine will be doing an in-store event at Fingerprints in Long Beach that will include an in-store performance!! 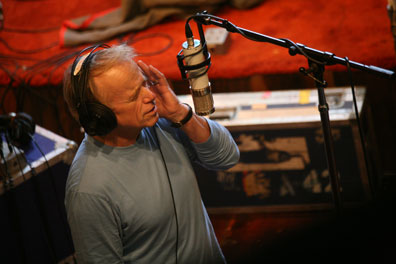 Starting April 24th, Al Jardine will be on tour with The Beach Boys. For a complete list of dates, please visit www.thebeachboys.com.

Don’t miss this event if you are here in So. California. You never know who else will show up and given the number of very notable musicians who played on this CD, this will be one of those once in a lifetime opportunities to meet one of the musicians who helped create a musical genre!