Home » The Soundtrack of Your Life: BYUtv’s original new TV series, The Song That Changed My Life

The Soundtrack of Your Life: BYUtv’s original new TV series, The Song That Changed My Life

Everyone’s life has a personal soundtrack. BYUtv’s original new TV series, The Song That Changed My Life, tells the story behind an artist’s inspiration and reveals the song that changed the direction of their life. 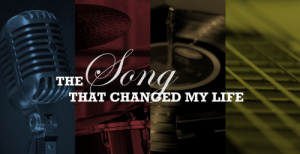 On Monday, May 14 at 7:30pm MT/9:30pm ET (replays at 10:30 MT/12:30 a.m. ET), the newest episode of this new series features Texas-based Alternative Rock and Contemporary Christian Music band Sixpence None the Richer.
Named in honor of a passage from C.S. Lewis’ Mere Christianity, Sixpence None the Richer is most well-known for their 1998 hit single “Kiss Me”.
Founded by lead singer, Leigh Nash and guitarist/songwriter Matt Slocum, the band later found fame for their covers of the La’s “There She Goes” and Crowded House’s classic hit, “Don’t Dream It’s Over.” 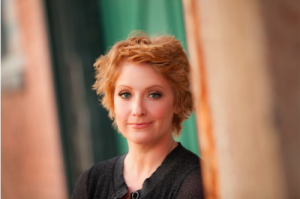 Following a long hiatus, Sixpence is scheduled to release a new album titled Lost in Translation in July 2012.
The Song That Changed My Life includes candid conversations, informal interviews, never-before-seen rehearsal footage and performance, offering an intimate view into an artist’s creative process and how that one pivotal piece of music inspires and continues to motivate their careers.

Sixpence None the Richer – Promo from Kaleidoscope Pictures on Vimeo.

· Fictionist –
Founded in 2008 by singer/songwriter and bassist Stuart Maxfield and keyboardist Jacob Jones, this band marries majestic harmonies and unforgettable pop hooks to unexpected aural landscapes. Fictionist is known for their cascading chord structures that collide with 70’s era harmonies, gritty guitar licks and lyrical song twists. In 2010, the band released their second album, Lasting Echo, for which they won their second Independent Music Award for Best Pop/Rock Song and made an appearance at the famed SXSW Music Conference in Austin, TX. (Airdate: TBD.)

· Over the Rhine –
This Ohio-based pop folk band is made up of husband-and-wife team pianist/guitarist/bassist Linford Detweiler and vocalist/guitarist Karin Bergquist. Known for creating albums that reflect chapters of their lives, this duo has shared the stage with Bob Dylan, John Prine, Adrian Belew, Squeeze, Ani DiFranco, My Morning Jacket, Hem, and toured as “adjunct” members of Cowboy Junkies. Over the Rhine is currently on tour in the U.S. (Airdate: July 2.)

• Dar Williams –
A major force in the New England pop scene, this singer-songwriter was described by Hendrik Hertzberg of the The New Yorker as “one of America’s very best singer-songwriters.” Williams performs frequently at folk festivals and has toured with Shawn Colvin, Mary Chapin Carpenter, Ani DiFranco and Joan Baez. She released her latest album, In the Time of Gods, in April 2012. (Airdate: July 9.)

A ground breaking network affiliated with Brigham Young University, BYUtv is dedicated to “seeing the good in the world,” and is available in 50 million households across the country, on roughly 800 cable and satellite providers such as Comcast, DirecTV, Dish Network, AT&T U-Verse, and streaming online on byutv.org. Previous episodes of The Song That Changed My Lifeinvited viewers behind-the-scenes with Tony award-winning Broadway star Lea Salonga,
Grammy award-winning singer/songwriter Duncan Sheik,
indie hymns revival group, The Lower Lights and folksy-pop duo Jack and White. If you missed these programs, the Lea Salonga show will air again on Friday, May 4 at 5:00pm MT; the Duncan Sheik episode can be seen on Monday, May 7; The Lower Lights program will be repeated on Monday, June 4; the Jack and White episode will air again on Monday, May 28; and the Sixpence None the Richer show can be seen again on Monday, June 11. All reruns, except for Lea Salonga, will be shown at 7:30pm MT/9:30pm ET on BYUtv and can be seen online at http://bit.ly/IyoeoD.