Home » Guest Post from Rebelle Society’s Carolyn Elliott : Are You a Magical Person? The Seven Traits that Can Help You Know If You Are!

Guest Post from Rebelle Society’s Carolyn Elliott : Are You a Magical Person? The Seven Traits that Can Help You Know If You Are!

Courtesy of RebelleSociety.com , I was able to get this blogger’s post as a guest blog here. It’s very interesting and actually if you leave you mind open, you will get it. Just open your mind and your heart! Thank you to RebelleSociety.com 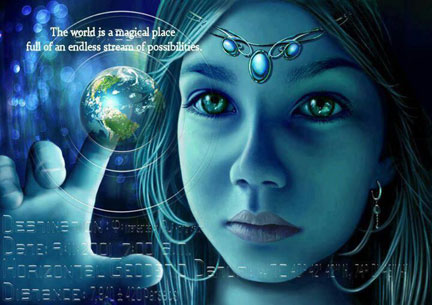 This is the big one. In their heart of hearts, everyone is magic. But most folks just don’t know it. It’s very sad, and it’s not their fault. They’ve had the awareness beaten out of them one way or another. Our society in general is very anti-magic.

Magic people always have a mission. And part of that mission is to help folks still stuck in the clay (that’s my way catchy of saying “folks still stuck in naive materialism and unaware of their innate magic-ness”) understand that magic is real and within them, too.
So basically, if you know you’re magic, you’re ahead of the game. Which means you don’t really need this article – but look, it’s the internet and we’re just having fun.

2. Synchronicities happen for you – a lot.
Plus they tend to speed up when you spend a lot of time on meditation, art, ritual, intentional movement or prayer. Sometimes these synchronecities are just cute or silly, but often they’re life-changing and dramatic.

The biggest synchronous thing that can happen to a magic person is to meet another magic person. Or a whole enclave of them. It’s thrilling. It’s overwhelming. It’s love.
When lots of synchronicities are going on, I like to say “the jewel net is moving.”
Why? Because we’re all jewels in an infinitely connected web of silken joy and sometimes the net shifts and folds in on itself and we run smack into a whole bunch of other jewels. And it’s great.

3. You’re sensitive to the seasons and lunar cycles.
The more magic you are –and remember, being magic is mainly a matter of… knowing that you’re magic!– the more the energies of light and the two big cosmic lamps in our region (the sun and moon) affect your business.
You might find that you can’t sleep on full moon nights (all that energy, so ramped up!) and that you go through epic mythopoetic cycles of emotional birth and death as spring turns to summer turns to fall turns to winter.

4. You have very vivid dreams.
Magic people have at least partially developed aetheric bodies. This means, at the very least, that one or more of their chakras (Rudolf Steiner liked to call them “lotus flowers”) are open and active.
Maybe you’re a magic person with a giant, pulsing, highly-empathic heart chakra. Or maybe your third eye is open and you have an easy time seeing the visionary fluid dance of all things.
At the highly developed end of the spectrum, magic people have fully-formed aetheric bodies that can freely navigate the astral planes.
But having your aetheric sense perceptions open, even a little bit, means that you can see more vividly in the nighttime dream world than others can. So, you got that goin’ for you. Which is nice.

5. When you fall in love, it’s psychedelic.
Forget a loaf of bread, a jug of wine and thou. When a magic person falls in love (very probably with another magic person), it’s more like a sheet of acid, a gallon of mushroom tea and thou–and I’m not saying that actual drugs are involved.
I’m saying that the intensity of dopamine and oxytocin rushes, in magic brains, tends to produce more than just sexy-cozy-attachment.
They tend to also unleash psychic perception (you can read your lover’s thoughts – for example for real( (not just “I was thinking of you!” “I knew you were thinking of me, baby. ‘Cause I was thinking of you!“), encounters with your lover in the nighttime dream world: ecstatic sex that ruptures the boundaries of your identity– and other fun stuff.
Also, be careful with all that. It can get hairy if your lover happens to be one of those “not-really-very-stable-or-sane” magic people (of which there are quite a few).
Magic people fall in love and it’s all — whoah.

6. You have an abundance of prana.
Prana, ceative energy, genius or whatever you want to call it.
Wilhelm Reich called it “orgone.” Kant called it “Geist.” Emerson called it “Soul.” Mezmer called it “animal magnetism.” It’s sexual energy which transmutes into different feeling-tones when centered in different chakras and channels in the body.

In other words – even though it’s sexual energy, your abundant prana doesn’t necessarily feel “sexy” (although it probably does in spring and summer). It might just feel buzzed or spacey or urgently creative.
You get seized with the need to write that poem; plan that ritual; record that song; make those spicy ginger fudge brownies. It’s implacable.
No matter what you look like, folks tell you that you’re “hot” –and they mean it. You are. You radiate the light and heat of the cosmos. You’re a star, you magic darling!

7. You love to spread the magic around.
Your chief motive for making art; cooking great food; tending your garden; whatever it is you do– isn’t to be rich or famous (though that could be cool).
If you’re magic, your biggest motive is to spread the magic around, because you just can’t stand not doing it. The magic is so fun, so beautiful, so warm, so true.
This means that it drives you a little crazy when you can totally see the magic in someone, and they can’t see it in themselves.
It drives you maybe even more crazy when you can totally see the magic in the world, and the world-at-large seems to not tenderly care for and appreciate its own magic.
So, you put effort everyday into doing stuff that increases the sum-total of magic and wonder and joy and love and delight in the world.
You turn up the volume on everything gorgeous so it can’t be ignored.

In conclusion,
You’re magic and I am too, and I love you. I hope you’ll join me and a bunch of other magic folks in the Dreamer’s Tantra Facebook Group, where we talk about this kinda stuff.

*****
Carolyn Elliott really digs metta meditation and weird poetry. She’s the author of Awaken Your Genius: a 7-step guide to uncovering your creativity, which will appear next fall from North Atlantic Books / Evolver Editions. She blogs over at http://www.awesomeyourlife.com/ and facilitates a Facebook Group (which you’re welcome to join) called The Dreamer’s Tantra, devoted to dreaming ourselves awake.
*****
{Cast a spell} 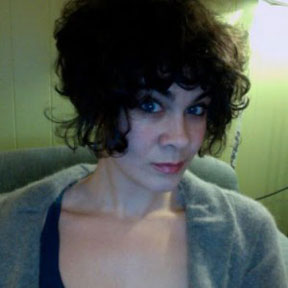 This post was previously published on RebelleSociety.com as a guest post. DO check out their site– it’s incredible.