This is a post about a new indie band fronted by a mom/daughter singing duo, backed by 8 other people to fill out the band. This post is a guest post by Hannah Pink and we appreciate her bringing such great talent to our attention. 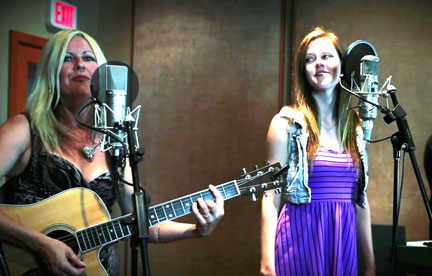 “Ajaye, would you like to join me in singing?”
“Yes Mom, let’s do it”.
This is how The Jardines started. 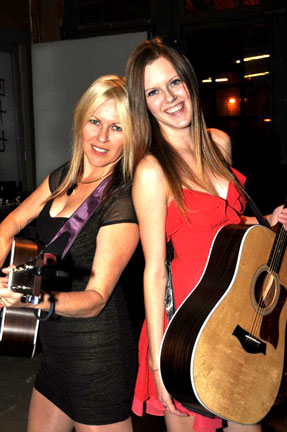 The riveting, sensational and energetic band, the Jardines, is a perfect pairing of mother (Cherelle) and daughter (Ajaye). Stepping up and sharing the stage together is a proud moment for both of them. Throughout their performances, they not only please the fans with mature and energetic songs but also keep people guessing which one of them is the mother and which one is the daughter. Yes, The Jardines get this compliment a lot.

Their popularity will give them a long run of success in the music industry worldwide. The Jardines got an opportunity to sing in the opening ceremonies of the Olympics in 2010. Cherelle was the spokesperson of an Olympic advertisement “do you believe” that ran across Canadian TV, over 20 times a day for 4 months. 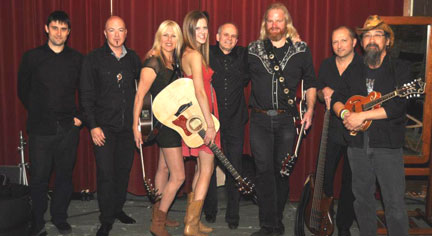 Cherelle and Ajaye, along with their 8 team members makes a perfect band. They have produced 2 successful albums “The Jardines” and “Someone’s Stolen Tuesday”. 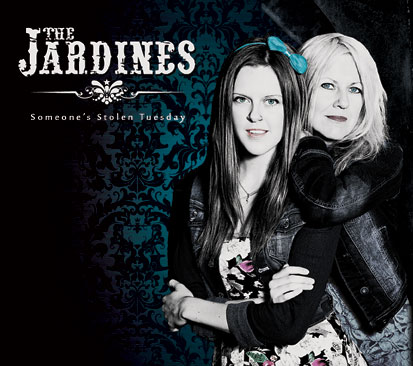 The third upcoming album is going to be a combination of audio and video. Cherelle and Ajaye are going to write their new songs for the album in Nashville, this coming November .

Ajaye said during the interview, “Writing the songs is like building a huge machine; you have to start from the very basic and move step by step to completion.”

Cherelle talked about her favourite songs from the albums and mentioned that, “All Fall Down, was a song that was not pleasing me, so I had to rethink it. Marc came up with an idea to have Ajaye and I sing a line each, then Marc would join us for the 3rd line in harmony. We took out the drums and other instruments, then redid the drums and guitars and added them back in. Then it worked, I was happy. The song almost didn’t make the album but I’m glad we didn’t let it go.”

She also said, “The world prefers to see bands through video, so that’s why we have planned to produce videos for our upcoming third album”.

The Jardines is not only an energetic band but has become very popular because of their mother and daughter team work. People not only love to listen to their songs, but also are keen to know how these two talented ladies work together professionally as well as keeping their family relationship intact.
Well, after seeing their awesome work one must say that yes, this mother daughter relationship is the best relationship in the world.

Hannah Pink is a music journalist and her articles can be found on various top music blogs . Writing about bands and upcoming musical sensations is her favorite job.
https://www.facebook.com/hannah.pink.71

Article was edited by Lisa Pattrick  https://twitter.com/LisaPattrick1 and on google+  who was employed by TicketsMove.com