GILT and GILT CITY have teamed up with Carrie Underwood, in celebration of her lead role as “Maria” in the highly anticipated holiday spectacular “The Sound of Music” airing December 5th on NBC. 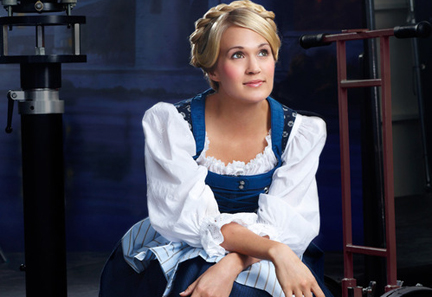 Gilt is inviting everyone to live like Carrie with a curated collection inspired by “a few of her favorite things.” We will be giving our members access to a selection of notable lifestyle destinations and fashion forward brands, style staples, all inspired by her favorite items and places for date nights, workouts and more. Also, check out an exclusive interview with Carrie about her role of a lifetime at gilt.com/blog that is LIVE NOW!.

Just in time for the holidays, shoppers can download the digital soundtrack for “The Sound of Music” at an exclusive members-only price. 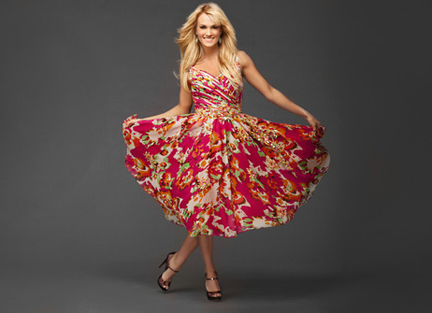 Want to see some of Carrie’s favorite things? Scroll on down!
The Gilt.com blog has a special interview with Carrie Underwood that you can read HERE

StyleFile: How did you wind up with the role of Maria?

Carrie Underwood:
When I first heard NBC was doing this project, I remember thinking it was an incredibly exciting idea, as nobody does stuff like this. It’s a big production with a lot of work going into one night—live! I’m so excited this opportunity happened to come my way through the producers and NBC, and have so much respect for the project and everyone involved.

SF: Did you watch the movie a lot growing up? Was there less learning to do with lines and music because you were already familiar with the material?

CU: I did watch the movie a lot growing up—everybody knows those songs! Even the few who haven’t seen the movie are familiar with the songs. However, there was still a lot more to learn because the stage musical is different from the movie, and that’s the version we’re doing on live TV. I hope this show brings the stories and songs to a new generation so they can take them and do the same for the next.

SF: Any nerves about doing this live? How is theater different than the usual performances you give?

CU: I’m used to doing live TV and live shows so that’s similar, and I think all of it will help. Though this is different because there is no live audience, so we won’t have that energy to feed off of. And of course another difference is that the live acting on TV will be new for a lot of us. There is so much talent among the cast and crew and we’ll be rehearsing up until the last minute, so hopefully it’ll be just like another run-through.

SF: What else did you do to prepare for the role?

CU: Over the summer I visited and toured Salzburg, Austria—being there and seeing the places where the story took place was really inspiring. Also, working with a terrific creative team has really helped me prepare—the music director, voice teachers, acting coach, choreographers, amazing directors and producers. There are way too many to list but they have all helped me prepare.

Some of Carrie Underwood’s Favorite Things are listed below. Want to see ALL of Carrie’s Favorites? Click HERE