Norell New York, the re-mastered version of an iconic American fragrance which launches this month at Neiman Marcus and Bergdorf Goodman.

Launched in 1968, the original Norell was the first American designer fragrance produced by the legendary Norman Norell, one of the most prolific designers largely responsible for putting American fashion on the map. Norman Norell dressed icons from Marilyn Monroe to Audrey Hepburn and today his pieces are still as relevant as they were 3 decades ago, worn by everyone from Lady Gaga and Michelle Obama to Lily Allen and Sarah Jessica Parker. Norell was truly ahead of his time and is still influencing the fashion designers of today. The original Norell fragrance reflected Norell’s aesthetic of understated glamour, sophistication and sensuality and this month, the iconic fragrance returns as Norell New York, bringing back the storied artistry — and a bit of nostalgia — of fragrance’s golden age. 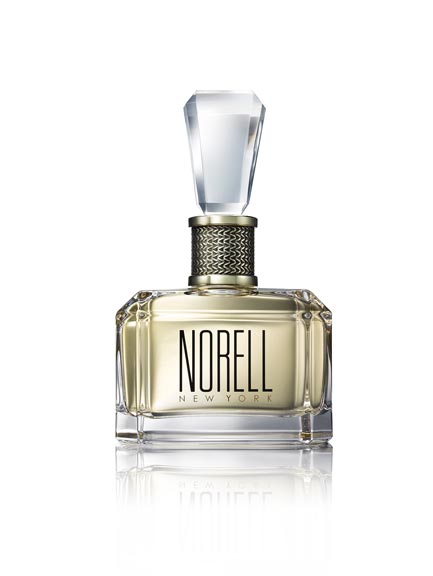 International Flavors & Fragrances perfumer Celine Barel is credited with remastering the fragrance whilst still maintaining the Green Floral signature of the original Norell to create a modern day fragrance that is utterly timeless. Norell New York has 200 jasmine petals in each bottle, and Barel made it a point to incorporate key notes from the original Norell, Galbanum and Orris Butter, as a nod to the iconic scent. 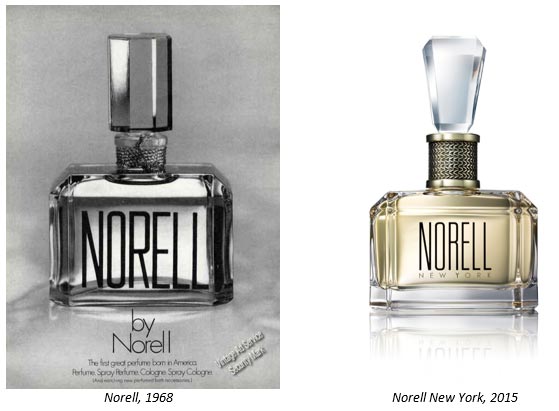 “Wrapped on top with some juicy nuances of mandarin, pear and bergamot, Norell New York opens with the sparkling radiance of a sequined gown. The heart of the fragrance is an airy floral bouquet – orchestrated around the glamourous Jasmin Absolute and the sheer delicate peony who brings a cool soft femininity to the galbanum. The dry down is just divine with Iris Pallida concrete, one of the most noble and expensive ingredients in perfumery. It is warm, velvety and voluptuous, and it contrasts here with Vetiver and its deep, bewitching woody undertones, leaving a sensational trail, making the woman who wears it unforgettable. Norell New York is the fragrance for women who want glamour to seem effortless, for the new American trendsetters,” says Celine Barel.

The ultimate American story, Norell New York has deeply rooted ties to American fashion, film, photography and Hollywood, celebrating the legacy of Norman Norell via the next generation of American influencers. Actress Riley Keough is the face of the fragrance. The ultimate embodiment of who the Norell woman is, Riley wears original Norman Norell designs that look as modern today as when they were created. Riley has inherited her grandfather Elvis Presley’s legendary magnetism and her mother Lisa Marie Presley’s classic beauty, making her the perfect fit for the Norell New York campaign. 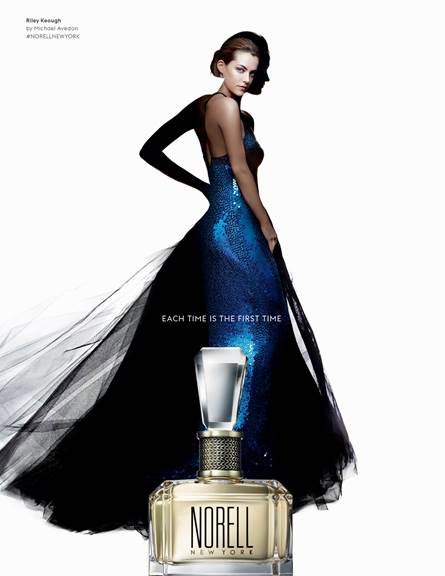 “I went on a Wikipedia trail while researching Norell, and developed an enormous interest in him and his work — so I feel very honored to be able to be a part the reinvention of a timeless American classic fragrance like this. I love the Parfum, but I really love the oil. The scent is softer, and you can put it on your whole body without it being too overwhelming.” – Riley Keough

Famed photographer Richard Avedon’s grandson, Michael Avedon, shot the campaign and the images strike a balance between effortless chic and glamour. Informed by the photographic legacy of his grandfather who frequently worked with Norell and photographed many icons of that era dressed in Norell, Michael’s work evokes a sense of nostalgia with its uniquely timeless quality. Together, Riley and Michael represent a new age of iconic style, beauty and artistry – the essence of Norell New York.

“One of the most extraordinary photos in my grandfather’s career was taken of Marilyn Monroe wearing a stunning sequined Norell dress, so for the campaign I wanted to keep a sense of the elegance of that time in fashion, while putting forth the youthful vitality of the 21st century. Working with Riley was an absolute pleasure. She had a wonderfully eloquent impulse for the camera.” – Michael Avedon

You can find the NORELL New York in EDP, EDP in Baccarat crystal bottles, Body Oil and Body Creme. Lush, lovely and distinctly modern with a nod to the Norell’s original designs!

While you might have to save up for a bottle of this great scent, do get to a counter and snag a sample vial of this scent. Wear it and let us know what you think!

Receive a free MAKE UP FOR EVER Ultra HD Liquid Foundation deluxe sample with any $25 purchase. Use code: ULTRAHD

Choose 1 of 4 Hair Deluxe Samples with any $25 purchase. Use code: GREATHAIR

If you are going to feature content from LA-Story.com including images, podcasts or videos including the accompanying text, please respect copyright provisions. We require a notation of content origination (meaning credit tag), a linkback to the specific page & please email the link to stevie@la-story.com before the piece goes live.
LA-Story.com, LA-Story Recessionista, Celebrity Stylescope, Celebrity Style Slam Trademark/Copyright: KBP Inc./TNBT Inc 2007-16