No Small Children, the fabulous, all-female band, is back on this blog again! Wondering who I am talking about? Here are 2 links to posts where I featured these amazing musicians:Post #1 and Post #2 which includes an interview with the 3 band members. 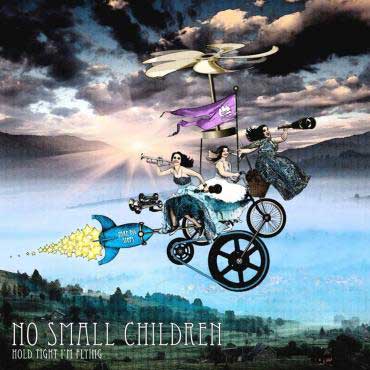 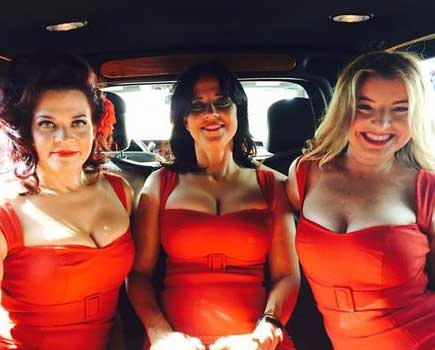 No Small Children will also be performing their popular breakout single and smash hit cover of the “Ghostbusters” song by Ray Parker that is featured as the theme music to the remake of the Ghostbusters movie and the cover is released on RCA.

The “Ghostbusters” cover single by No Small Children is available on iTunes at
https://itunes.apple.com/us/album/ghostbusters-single/id1137723890

The Hold Tight, I’m Flying LP is available for purchase on CD and download on iTunes at https://itunes.apple.com/us/album/hold-tight-im-flying/id1026462269 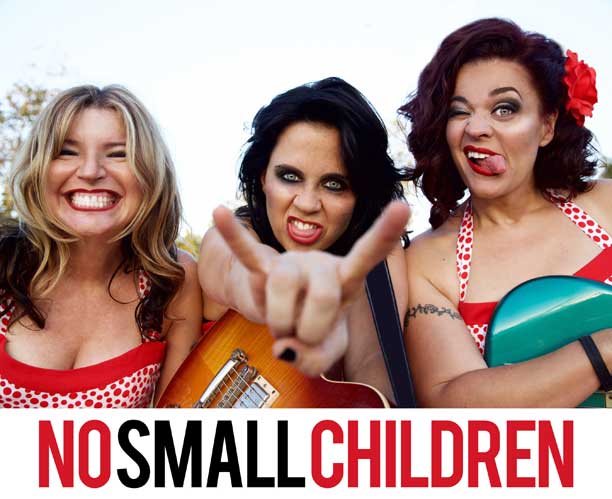 No Small Children has an astounding presence on stage that is electric and enchants fans nationally with their infectious sound. For up-to-the-minute news and information on No Small Children, please visit www.NoSmallChildren.com. Tickets for the new show dates and locations are available at https://www.reverbnation.com/nosmallchildren.

About No Small Children
No Small Children, the all-female rock band is comprised of Nicola Berlinsky and sisters Lisa Pimentel and Joanie Pimentel. No Small Children showcase impressive musical range, powerful vocal chops and innate rock, and pop punk sensibilities throughout their music. They are three elementary school teachers from Los Angeles, CA who love rock music.
No Small Children is featured in national media including The Los Angeles Times, LA Weekly, National Rock Review, CBS TV, CW TV, KTLA TV, TMZ and NPR. Their songs have captured the attention of a wide range of fans nationwide and the entertainment industry including a rare opportunity for their cover of the “Ghostbusters” song by Ray Parker to be released by RCA and featured in the Ghostbusters movie remake directed by Paul Feig starring Melissa McCarthy, Kristin Wiig, Kate McKinnon and Leslie Jones.

Thanks to No Small Children for keeping me in the loop on their tour! Don’t miss these great musicians! Pick up their album online too!