Before you skip this post, put your trigger index finger on pause and read this post.  Mad Clown and San E are innovators within the Korean music space… developing the Hip-Hop/ Rapping genre in that country. While the videos and songs are in Korean and have a HUGE fanbase in  Korea, these two men (they aren’t kids) speak fluent English who have lived in the US for large chunks of time (one was born in Georgia!).  They have been educated in the US and their music is making a big impact on the substantial Korean population in the US. 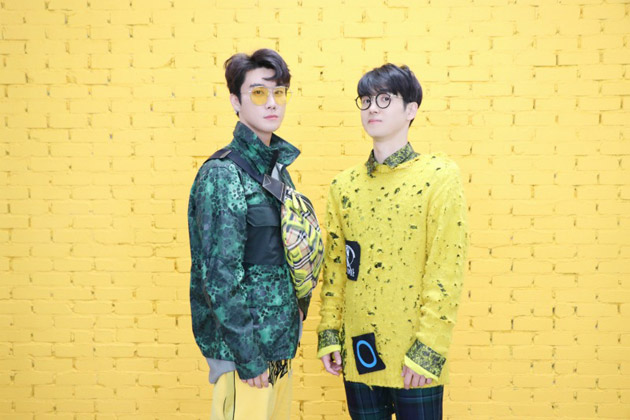 Korean superstar Hip Hop artists, Mad Clown & San E, have announced their highly anticipated, We Want You North American tour that began in Atlanta.
The 20 plus date tour will be one of the most extensive K-pop tours since Wonder Girls came to the US. Supported by Sobae and DJ Juice, the tour is creating a buzz among fans of pop, hip-hop and k-pop. They will be touring in major cities such as Toronto, Chicago, NY, LA ending in North Carolina in early May.

“San E and Mad Clown, who are both known highly recognized for their sharp rap skills and commercial success, have dominated the Korean music charts for years now.” – Billboard 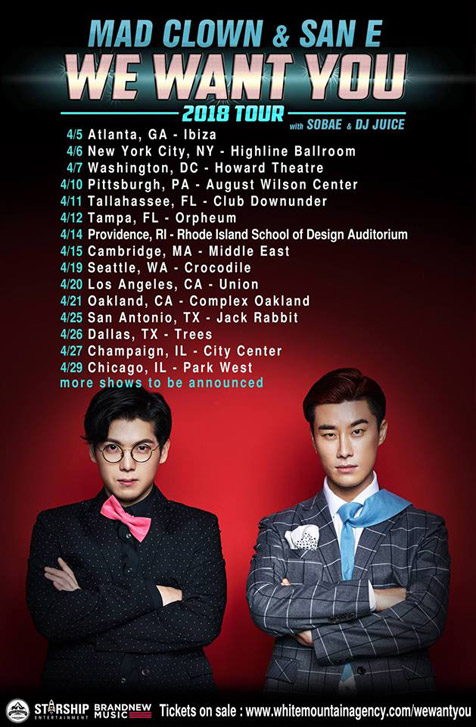 Rapper and producer, Mad Clown first caught the attention of Korean audiences with his 2013 single “Stupid In Love”, which has a viral online YouTube video garnering over 230K views.

San E also enjoys solo success and has a big social following since the two collaborated on the song, “Sour Grapes” which has over 6 Million views on YouTube.

They dropped the single “Butterfly” this week and fans showed their love by pushing the video to over 360K views in the first week of release. The track is a flirty song about spring love. San E raps “I’m princess maker, make you feel like princess. Every time you meet me, you’ll feel like a princess. Dandelion sun yellow.”

Mad Clown and San E are impassioned about entertaining American audiences. Speaking about the tour with Billboard,

Mad Clown says “San E and I are both looking to drop new singles before going on tour and we think we’ll premiere them for the first time at our shows in the U.S. We cannot wait and hope all our U.S. fans are excited as much as we are.”

Mad Clown’s first introduction to hip-hop was through the iconic artist Tupac Shakur. San E loves The Notorious BIG and Nas. In the Korean hip-hop scene, they are heavily influenced and admire artists such as Beenzino, Swings, and Verbal Jint.

On the duo’s socials, American fans are posting about their excitement to see the band play live here. 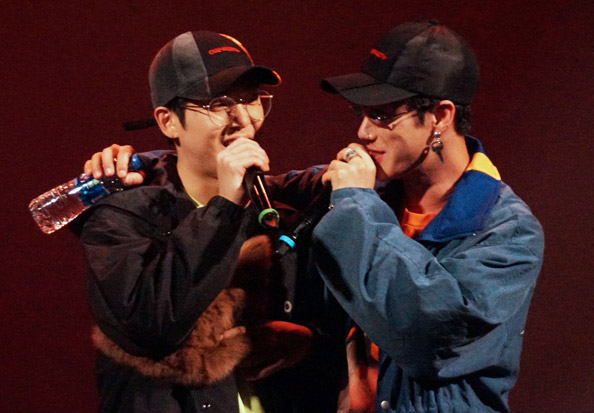 Mad Clown achieved his initial mainstream success with his 2013 hit, “Stupid In Love” with Soyou, which landed number one on the Gaon Music Chart and won the “Song of the Year” award from the South Korean Gaon Chart Music Awards. Since then he has landed five more number one hits, including his 2017 single “Lost Without You” feat. Bolbbalgan4.
Following his initial breakthrough he has cultivated a dedicated fan base by releasing several EPs, most recently the Love is a Dog From Hell EP, and becoming an influencer in South Korea’s booming music landscape. He was featured as celebrity guest on South Korean hip-hop shows, including Show Me The Money and High School Rapper, and he has received several Gaon Chart and MelOn Music Awards for his writing and performance.
For more information on MAD CLOWN,
Follow him on these social platforms:
Facebook: https://www.facebook.com/events/339837569857924/
Twitter: https://twitter.com/real_mad_clown?lang=en

San E is one of the most popular and successful in mainstream Korean music. This has earned similar prestige for him, having won the Korean Music Awards’ “Best Rap & Hip Hop Song” award and earning the nickname “Rap Genius.” He has ten Top 10 singles on the Gaon Music Chart, most recently his 2017 hit “Mohae” feat. Bolbbalgan4. San E was born in South Korea, but moved with his family to Atlanta, Georgia, where he later attended the University of Georgia.

I really like what I saw & heard in the videos. San E and Mad Clown have a synergistic approach when working together and yet their music is soooooooo good when heard as solo works. I love their sounds.. and  their videos are interesting presentations of their stage personalities.
NB:  Wonder how long before they hit the Coachella Circuit? That would be amazing

They are playing
Stevie Wilson,
LA-Story.com