Popfuji began as a free showcase of independent music highlighted by Brouwerij West’s delicious summer beer, the namesake Popfuji pilsner, handcrafted by brewmaster and owner, Brian Mercer, a native of San Pedro. This year marks the brewery’s third summer highlighting music, beer and handcrafted food from trucks. It has become one of Los Angeles’ signature outdoor events, having featured the legendary Exene and John Doe as solo acts to performances with their band, the fabled X, to indie acts such as Caught a Ghost, Hearty Har, Sadgirl, Bombón, The Gloomies and more. The event is free. 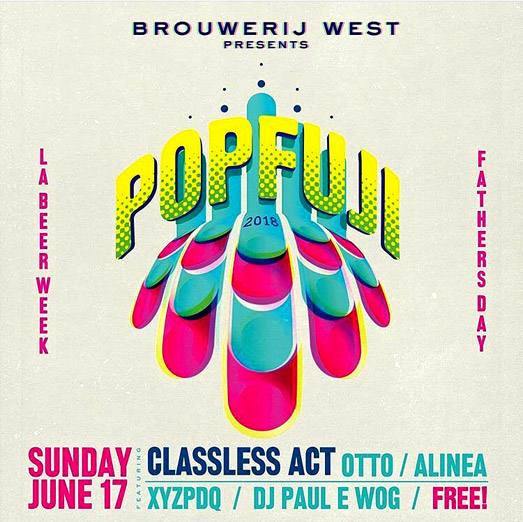 For this year’s first Popfuji event, the free outdoor family-friendly concert feature four “seriously emerging” bands, most of whose members are still just kids. Starting at 3:00 p.m. warming up the audience is brewery favorite DJ Paul E Wog who spins every week at the tasting room. DJ Paul E Wog is known for his soulful spins of the eighties and nineties music and has been a coastal mainstay performing in the South Bay and Long Beach.

3:30: XYZPDQ:
Features the evolving talent of four kids ranging from 12 – 14 years of age. Already a fixture throughout the San Pedro and Torrance area playing live rock blues sets for folks of all ages, the quartet have created quite a name for themselves. Matter of fact, the female guitarist, has already had several million YouTube views for a Guns N’ Roses performance.

Video of the guitarist!


4:30: ALINEA:
Based out of the South Bay, the youthful act with no one over the age of 18, is a blues-oriented classic and alternative rock band. Already, they have performed throughout Southern California at a variety of events and venues including Whiskey-A-Go-Go and Hermosa Beach’s “Surf Fest.”

5:30 PM:
OTTO:  Featured in a documentary, the members of OTTO – while not even of drinking age  – have made an impact as prodigies.

6:30 PM:
Classless Act: Comprised of childhood friends London Hudson (drums), who’s the son of Slash, and Nico Tsangaris (lead guitar), the band’s lineup consists of Derek Day (23, lead vocals), Dane Pieper (20, rhythm guitar), and Franco Gravante (21, bass). The Southern California quintet made their live debut May 6, 2018, when they took the stage at the fourth annual “Ride For Ronnie” concert and motorcycle ride presented by the Ronnie James Dio Stand Up and Shout Cancer Fund. They have already received raves for their sound from SoCal Music Today, HighWire Daze and Loudwire.com. 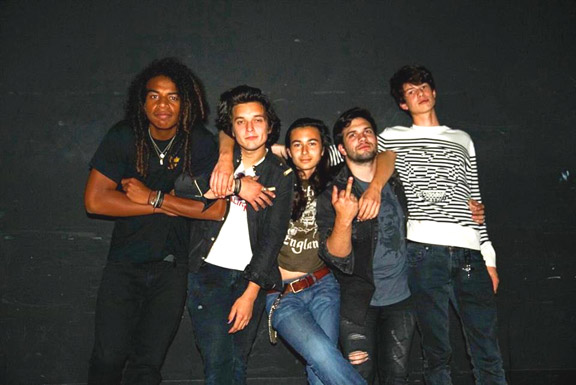 Brouwerij West is a unique craft brewery and venue located in the San Pedro neighborhood of Los Angeles. Brouwerij West was founded in 2010 and opened its San Pedro brewery in February 2016 in a former Port Warehouse originally built by the U.S. Navy during World War II. Brouwerij West’s operation encompasses 26,000 sq. ft. of the Crafted at the Port of Los Angeles facility, including 8,000 sq. ft. devoted to visitor use for its Tasting Room and events, as well as a 17,000-sq. ft. outdoor courtyard / beer garden. Brouwerij West brews its beers using traditional ingredients and methods mixed with creative inspiration to produce its take on classic Belgian-style and farmhouse ales. Brouwerij West’s new facility is covered with solar panels and generates more electricity than it uses, and its mash filter-based brewhouse uses 30% less water than traditional breweries.

About San Pedro and the Los Angeles Waterfront:

The Los Angeles Waterfront district and the LA neighborhood of San Pedro are currently going through a major revitalization effort lead by the Port of Los Angeles and public and private developers.  Part of this plan includes the complex which Brouwerij West is a part of, CRAFTED at the Port of Los Angeles, whose first phase is a large-scale permanent craft marketplace home to hundreds of individual craft-artists, designers, and artisanal food makers that is currently open Friday-Sunday (learn more at craftedportla.com).  The classic Ports O’ Call Village will also be transforming in the coming years to become the San Pedro Public Market (more info at yourlawaterfront.com), and the development of AltaSea, a 35-acre campus devoted to ocean-based education and businesses (altasea.org) is underway.  For more information, visit http://www.lawaterfront.org/.

Don’t miss this cool event in San Pedro. Visit the website and get the details!
For more information, visit http://www.lawaterfront.org/.