Marie Bargas  talks to Austin Coppock about what you should expect during this period of communication disruption. 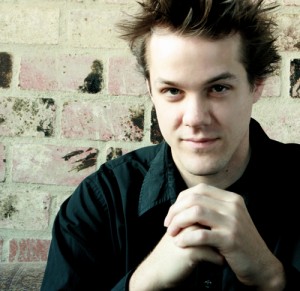 Austin Coppock– his website: Dark Sun: the Astrology of AustinCoppock.com

MB:What are the days that you should avoid getting out of bed?

AC: December 10th-16th , Mercury’s first week retrograde, is really the danger zone. Mercury shares the first few degrees of Capricorn with both Mars and Pluto during this time, compounding the potential pains in the ass. The 14th and 15th look the most unpleasant. The rest of the retrograde Mercury will be in Sagittarius (17th -29th), clear of the troublesome Mars-Pluto conjunction. In fact, this second leg of Mercury’s retrograde journey might even be fun, in a disorderly, random and synchronicity-laden type of way. There is a Lunar Eclipse in Gemini on the 20th , which is going to be a bit weird for some folks, but it isn’t as fundamentally problematic as the first week with Mars and Pluto.

MB: If you start a new relationship can you count on it being a fling?

AC: Astrologically speaking, when we’re assessing romantic compatibility, there are a number of other factors at play beyond whether Mercury is retrograde, many of them specific to the individual. That said, if a new person in your life wants to act out a love story right now, put it on probation until the New Year. I often think of Mercury retrogrades as fact-finding missions. A tremendous of amount of information comes to the surface, often accidentally. Just watch and wait. You’ll see whether or not they’re fit to play house with.

MB:If an old flame comes back into your life, will you have a good shot at making it work THIS TIME?

AC: Old flames figured strongly in this Fall’s Venus retrograde. Although Venus is no longer retrograde, many people are still trying to figure out the emotional implications of what happened. Venus retrogrades are field trips through your romantic history which often involve cameo appearances by members of the original cast. Ironically, we’re sucked into the past in order to clear the road to the future. But people get confused. Someone comes back into their lives and they think its fate bringing them back together. And there is a force pulling folks toward reunions, but it’s in order to tie up loose ends. So you can move forward. Astrologically, Venus is still in the same span of degrees she retrograded through, what we call the “shadow.” The morning star will be in the degrees shadowed by old affections until December 21st. Considered in concert with Mercury’s ongoing retrograde, I’d avoid reinstating vows of undying love until the New Year. As I said before, be patient and pay attention. If it’s the real deal, a little caution can’t hurt.

MB: Would this be a good time to amend your income taxes?

AC: Not particularly. The first week of the retrograde sees some unusually stressful energies in play, making us prone to freak outs. The remaining 2 weeks contain a tendency toward errors born of unfounded optimism and carelessness, different but equally unsuitable for the calm precision preferable for dealing with the intricacies of income taxes. If I was going to schedule a time to amend my income taxes, I’d wait until Mercury makes its way back into Capricorn and clears its conjunction with Pluto- January 20th or so.

Testimonial-
“I paid Austin to interpret my natal chart some time ago, and I was very impressed. So impressed, in fact, I’ve been paying for his Astrology classes and I’ve been even more impressed. Whether you want a no bullshit reading or no bullshit teaching this is the man to go to. He has my highest recommendation.”

Thank you to Marie Bargas for this first of a series on “mercury retrograde” and how it can affect your life- and how YOU can deal with it!

PS. Thanks to Austin Coppock for the correction on the end of the Mercury retrograde in Sagittarius! Realize people that’s right before New Years and that means there might be some lingering effects over that time span.

“Who loves ya baby!”

Get up to 50% off beauty favorites at Beauty.com. While supplies last.