Home » Don Gator Makes Waves with “My Love at MI6” Video while Alter-Ego Dennis Hirdt Is a Jet-setting Model!

Don Gator Makes Waves with “My Love at MI6” Video while Alter-Ego Dennis Hirdt Is a Jet-setting Model!

What’s hot about spies? Just about everything — look at the opening of the latest 007 movie and that will tell you tons. Spy TV shows like Burn Notice get a ton of attention and why not have a a spy-based band. Spy Don Gator thinks it’s a nifty idea and he uses his travels and travails as fodder and fuel for his music that he writes as well as performances. Now he’s dropped a new album, Naked with a Gun and it’s available on iTunes.com, amazon.com as well as all the usual suspects. 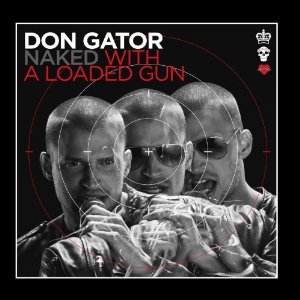 Who is Don Gator:

Agent Don Gator is on the lam, having escaped a life sentence in a Saharan jail. The impeccably dressed, Sazerac-sipping, steel-abs operative is adept at evading snipers, thwarting art heists and arranging secret rendezvous at a moment’s notice. He revs up Aston Martins, jet skis and helicopters alike, while being relentlessly pursued from one corner of the globe to the next.

A flawed hero with plenty of heart, Gator turned to spydom when he lost the woman he loved to a terrorist attack, so he’s no stranger to going off mission when a beautiful asset is in danger. His current Achilles’ heel is a 5-foot-10 long-haired goddess named Lady Lobo, an undercover Brazilian Intelligence agent who also happens to be the arm candy of his mortal enemy, Benedict Mauvais.


In advance of the album launch, Don Gator posted a steamy new video “My Love at MI6”, which features French model Inès Rau. Note the raincoat Don Gator is wearing – a sneak peak of the new luxury clothing line by Asaf Ganot, head designer for Defyance Clothing for men. This project is the debut music video for fashion photographers Adam and Nick Hayes, who shot and directed the video.

FYI the video is pretty explicit so I can’t run it on the blog– but here’s the link
http://youtu.be/vl2UCY0Qg-A

Don Gator and band played at the Ocelot Robot Film Festival in Los Angeles and wound up winning the best music video award for 2012. 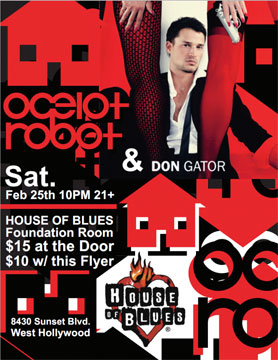 Here’a a phone interview with Don Gator aka Dennis Hirdt while he was in LA (at the point of this phone call he was stuck in the parking lot known as the 405 trying to head to the airport.)

Stripped down, New York City native Dennis Hirdt is like most independent artists today: writing song; rehearsing with his band; booking shows in New York and LA; and getting fans to “like” him on Facebook. Dennis happens to be a very successful runway and print model, strutting down the catwalk or posing for photos of major clothing designers like Diesel and Cesare Paciotti.

“I have been blessed with a great modeling career,” says Dennis, “but writing and playing music has always been my passion.”

A couple years ago, Dennis decided to combine his jet-setting model lifestyle with his love of James Bond films into a fictional character he named Don Gator. 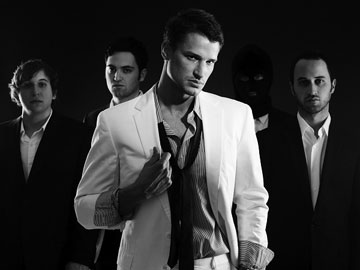 The album’s storyline explores themes that allow listeners to associate their experiences with that of Gator’s: lost loves, revenge, the thrill of the chase and the strength to begin again. The album ranges from the bass-heavy, dance-inducing “My Love at MI6” to the guitar driven indie rock “Benedict Mauvais” to the piano-based mid-tempo “Heaven”—all with Dennis’s hard-hitting vocals that invoke our favorite 80s rock bands such as Ozzy Osborne and Guns N’ Roses.

Don’t miss this video, song, CD or any of his upcoming shows. Definitely something interesting. Whether a spy or a model, Don/Dennis has a lot going on and it’s more than just about traveling the world.

Affiliate Exclusive! $10 off $50 for all customers + Free Shipping!