Home » Field of Dreams: Myth, Movie or Legend. Cooperstown as a Paradigm. Should Skaneateles Suffer the Same Fate?

Field of Dreams: Myth, Movie or Legend. Cooperstown as a Paradigm. Should Skaneateles Suffer the Same Fate?

A friend of mine lives in Central New York in the FingerLakes area. It’s a quaint area, not a lot of big roads, and while they get summer tourism and winter tourism for the Christmas holidays, generally speaking this is small-town Americana. It’s the epitome of what some would call the American dream– local schools within walking distance for most. The residents know the firefighters and police officers and most of the doctors around their area. People are friendly with other neighboring towns– and I mean towns, not cities like where I live. This area is not a suburb. It’s a town– a little small, cozy town with a lot to offer (except when it gets to be zero degrees during the winter) 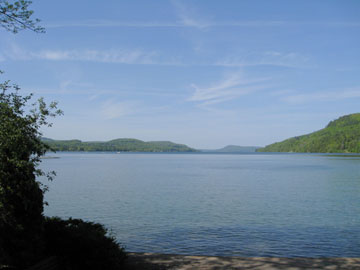 However there is an sports complex that is trying to be built — beyond the original specs submitted to the planning commission — that is ripping the town apart and about to change the entire quality of life of the residents. Interestingly enough, it’s just outside the town border for taxes– so the complex wouldn’t pay for the police, fire, or other taxes at the same rate that the local residents do– but the coverage for fire and safety would come from a much longer distance and still pay less than what locals do.

How did I get involved in this? I have been to this little burg of a town– and the first time was an eye opener. The next few times were even more intoxicating because it’s small, friendly and without a ton of traffic and everyone knows everyone else. They are authentic. Well-known people (read celebrities) come buy homes here because their privacy is respected and they can live like normal people. Here’s an editorial piece from someone who lives in that area.

Unintended Consequences
I recently visited Cooperstown, my hometown in the 1980s. I loved it so much that I settled in a town that enjoyed Cooperstown’s best qualities: a beautiful lake; a small, tight-knit community; bustling summer tourist trade, followed by months of peace and quiet; and numerous cultural opportunities.

I hadn’t visited in several years, and I was surprised and saddened by changes in “my” Cooperstown. Baseball had always been a major presence, but it had shared space on Main Street with two hardware stores, a bookstore, gourmet market, independent pharmacy, antique stores, artist studios, even a 5 & 10 cent store. Those are gone. In their place? Baseball, baseball and more baseball. The sidewalk was crowded with people who didn’t nod hello or even look me in the eye. I remember thinking, “They don’t know each other and they don’t live here.” I’d moved away 27 years earlier and hadn’t visited in several years, so I didn’t really expect to run into old friends, but I did expect to find the same community.

Since that visit, I’ve learned that a multi-field sports facility was built just south of Cooperstown. The Cooperstown Dreams Park or, as it is known to locals, the Field of Dreams, shares many of the features of the Victory Sports complex planned for the eastern border between the village and town of Skaneateles.

I was curious about the impact of such a development, so I contacted an old friend who had left Cooperstown several years ago. For decades, he owned a successful antiques store that specialized in art deco furniture and jewelry. I asked about the effects of the Cooperstown Dreams Park. This is his response:


“… I’ve got lots to say about the ‘Field of Dreams.’ When it first opened I thought it would be good for my business—the first two seasons brought in some good customers. But as it grew (and grew and grew) it became a major negative… As the camp doubled and tripled in size, they began monopolizing ALL the accommodations during the ‘season.’ People who wanted to come antiquing and to shop-shop no longer could find places to stay. Another thing, and this is only anecdotal, in general, I didn’t find these people to be very friendly. I heard a lot of complaints from downtown merchants about shoplifting and littering. The draw is no longer there. I feel as though I got out at the right time…”

Hartwick, NY, just south of Cooperstown, was a blink-of-the-eye on my way to points south. Now, satellite views of the area reveal the massive Cooperstown Dreams Park, as well as several hotel complexes: Holiday Inn, Best Western, etc., even a McDonald’s—businesses that generate income for out-of-town corporations and create seasonal, minimum wage jobs for local residents whose quality of life has been changed forever.

“Field of Dreams” is downstream of the true centerpiece of Cooperstown, the lake made famous by James Fenimore Cooper, who called it Glimmerglass. Sewage and runoff from the Dreams Park doesn’t seep into Lake Otsego, but it does end up in the river that flows from the south end of the lake, the mighty Susquehanna.

Unfortunately, the Victory Sports complex planned for Skaneateles sits above our lake. A creek runs through the site on its way to the lake that provides water for local residents and the city of Syracuse. A septic system is all that will stand between our lake and a complex that includes a fitness center, medical facility (with 4 operating suites and an urgent care center), more than a dozen ball fields, banquet facilities, food concessions, parking lots, etc. 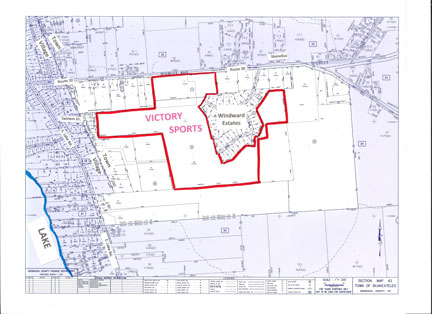 This facility won’t ensure “health and wellness” for our community. We don’t need a dozen pay-for-play ball fields, another fitness center or hockey rink. (Let’s face it: we couldn’t even sustain our subsidized recreation center, despite the best intentions of people who swore they needed it and would use it to achieve health and wellness.)

If successful, the Victory Sports facility will be sustained by baseball tournaments. Tournaments will gobble up hotel rooms, crowd our eateries and clog our streets. But tournament attendees do not get their hair and nails done. They don’t buy jewelry, antiques or clothing. They won’t enjoy the library or frequent hardware or grocery stores. They will simply overwhelm us and drive away the people who eagerly head to Skaneateles to enjoy our charming shops, pristine lake and small-town atmosphere. 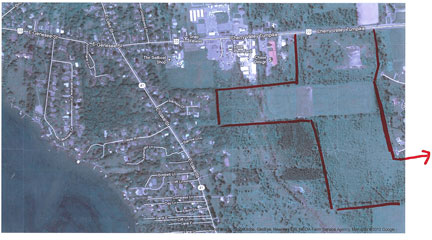 This massive development will impact our air, water, traffic, emergency services, law enforcement and infrastructure. I’m begging our representatives in local government to give careful consideration to the unintended consequences of a development’s success. Please don’t make us wish we’d gotten out just “at the right time.”

A grassroots citizens group, Citizens to Preserve the Character of Skaneateles (CPCS), was formed in the 1980s to help the community curb rampant development and fend off changes that would negatively impact the picture-perfect village at the northern tip of Skaneateles Lake, one of the Finger Lakes of Central New York. The group was instrumental in the development of a long-term comprehensive plan designed to encourage growth while preserving the character of the town and protecting its priceless resources, particularly the lake. In recent years, issues have included the impact of heavy trucks using the village as a short-cut to avoid toll roads and, most recently, local response to the potential threat of hydraulic fracturing (or “fracking”). The group is currently spearheading a campaign to limit the size and scope of a proposed multi-field sports facility at the village edge. For more information about CPCS and its mission.
Visit their Facebook page, https://www.facebook.com/CitizensToPreserveTheCharacterOfSkaneateles
for more information or to see what you can do to participate.

The Skaneateles local chamber of commerce maintains a website — Skaneateles.com.
At the bottom of the home page is a link to the SkanCam, which provides a live view of the center of the village. (You can even take control of the camera to change the view.)

Other resources about our community include:

Local news coverage can be found on


Should you choose to weigh in on this situation, please think long and hard if this kind of complex that originally was supposed to be 10 % of the size that is now scheduled to be built.
The impact on both the environment, the quality of living and the local residents (and I mean REALLY close) is going to be greatly affected by this complex!

Affiliate Exclusive! $10 off $50 for all customers + Free Shipping!