Wonderfully Weird (Kanarian Kindred) is back for her now regular round of guest posts on fashion and accessories. This one is about the style and fashions of Audrey Hepburn– such amazing and incredible styles that you will be biting a bullet or a belt to figure out HOW you could get these– even having a tailor copy them from a photo would be hard to do. But they are exquisite.

In today’s society it seems everyone is chasing the next big thing, especially in fashion. Whether it’s the new Jordan’s, Prada slippers, or Louboutin’s, everyone wants a piece of top products. This is fine but what about those with a weird sense of style? The person that marches to the beat of their own drum, while straying from the normal fashion market.

Have no fear because Wonderfully Weird has arrived. The weekly blog posting various fashion items including: clothing, jewelry, shoes, and styling tips considered odd by others. My style is different from most because it focuses on funky, different, and classy pieces others tend to shy away from. Here is a small sample of my taste, and I look forward to sharing my works weekly with the group.

This week focuses on French fashion couture artist Hubert de Givenchy, including the various styles created over the years.

According to the fashion informat, Fashion Designer Hubert de Givenchy was born to a wealthy family 1927 in Beauvais, France. He studied at the ecole des Beaux Arts in Paris. His first job in the fashion industry was when he worked for Jacques Fath in Paris in 1945. He then worked briefly for Robert Piguet and for Lucien Lelong (1946) [where he worked with Lelong”s assistants, Pierre Balmain and Christian Dior], and finally for Elsa Schiaparelli (1947 1951). He opened the House of Givenchy in 1952. He named his first collection for Bettina Graziani, Paris’s top model. Balenciaga was his mentor, although he never worked for him, whose atelier was just across the avenue George V.

Two women represent the typical Givenchy style of the 50s and 60s: Audrey Hepburn and Jackie Kennedy. By furnishing Hollywood movie stars beginning in 1953, Givenchy achieved popularity like never before. A rather sad event brought global attention to Givenchy dresses. When John F.Kennedy was assassinated, the world witnessed a mourning Kennedy family all dressed in Givenchy clothes. Jackie Kennedy ordered a Givenchy dress for the funeral, which was especially flown in from Paris. It is said, that at that time, the Givenchy atelier possessed individual patterns sheets for every female member of the Kennedy family. In 1955, he introduced separates and then the Orlon fabric to the haute couture. His designs are elegant and refined.

In 1988, Givenchy sold his business to Moet Hennessy Louis Vuitton (LVMH) for financial reasons. Until his retirement in 1995, he remained head of design, always working in a white lab coat. Givenchy is a collector of antique furniture, Louis XIV through French Empire. 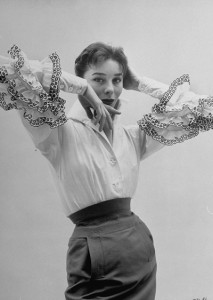 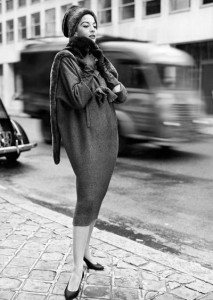 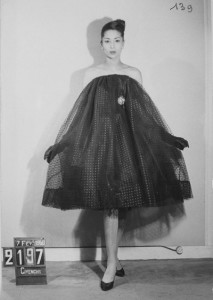 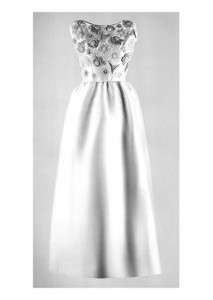 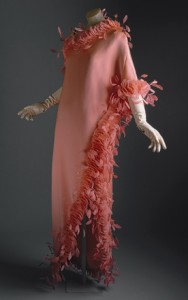 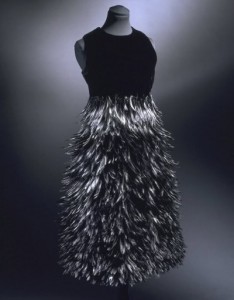 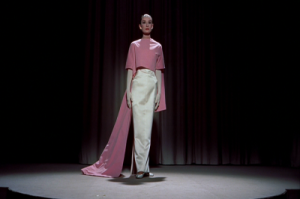 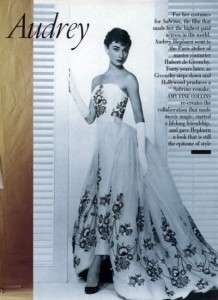 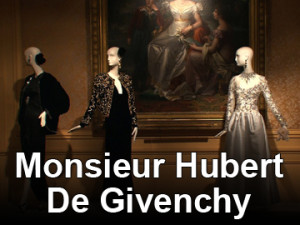 The Bettina Blouse, The Sack Dress, The Baby Doll Dress, and Jackie Kennedy’s Secret dress can be found at the official Givenchy website

Kanarian, who holds a Bachelor of Science Degree in Management from Grambling State University, shares a true passion for writing. Currently she’s the Wellness Editor for Everything Girls Love, a digital magazine/blog. Born in Opelika, Alabama, Kanarian currently resides in the Midwest penning her first novel set for a 2013 release.

Thanks to the fabulous Kanarian Kindred for another most interesting post!