If  you read my blog, you will have seen  my “snapshot” coverage of the Cannes Film Festival. Beauty snapshots were breakdowns of an actress’ specific makeup or hair look; fashion snapshots were a feature of an actress wearing a certain gown and/or jewelry.  With so many people from the movie, television and fashion industries in one city at one time, it’s a crazy-great time to be in France. My good friend, Tasha Powell was able to be in France in Cannes and got to see so many interesting celebrities, models (mannequins) and  visit a variety of places to experience not only movies, but food and cocktails! Here’s her “spin” on Cannes Film Festival 2018!

All photos are courtesy of Tasha Powell, except where noted.

Star-Studded 71st Festival du Film in Cannes —
a Toast to Cannes with the “Red Carpet Mojito”!
By Tasha Powell!

This is the 4th time I’ve attended the Festival du Cannes and it did not disappoint! Though some moments it feels that part of Los Angeles was transplanted to the Côte d’Azur, the international flair and style of Cannes always exceeds my expectations. 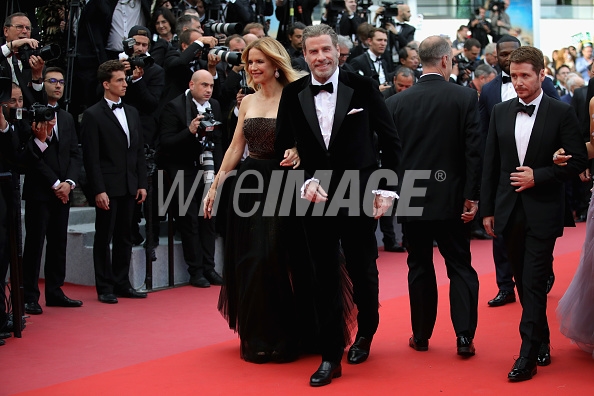 John Travolta (‘Gotti‘) and wife, Kelly Preston attend the screening of “Solo: A Star Wars Story” during the 71st annual Cannes Film Festival at Palais des Festivals on May 15, 2018 in Cannes, France. Photo courtesy of wireimage.com 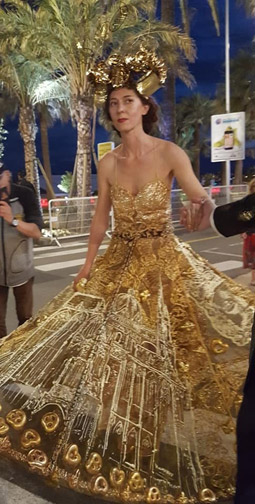 However, at this festival, I was mesmerized by the stars, the fashion and the cuisine from the Cote d’Azur as well as the cocktails. The French call models ‘mannequins’, which seems so much more descriptive: And there were plenty on the red carpet: Heidi Klum, Winne Harlow, Paris Hilton, Maria Borges (L’Oréal Paris) and Kendall Jenner! 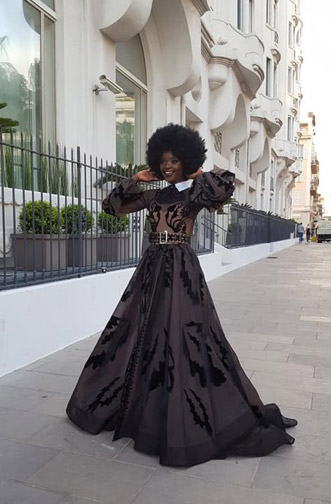 One of the mannequins (models) in Cannes.

The word at the festival was there was a little less star power than usual, perhaps due to the Netflix ban or an early exit to the royal wedding. Regardless, actors, producers, directors, film executives and paparazzi from all corners of the world arrived for the yearly pilgrimage to Cannes. 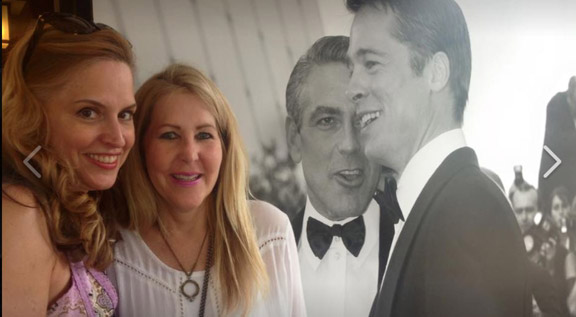 We managed to bounce from Nikki Beach to Majestic Plage 71, both great places for making connections as well as fabulous French cuisine and amazing cocktails. My favorite Cannes cocktail for the 71st Cannes Film Festival is the fiery crimson Red Carpet Mojito from Majestic Plage 71. This charming local is on the beach side of La Croisette opposite The Majestic Barrière and just steps away from the Palais du Festival, where much of the red carpet action takes place. 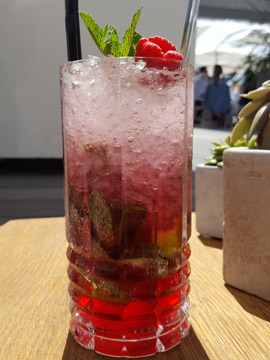 Whether your interest is film, fashion, the fanfare during festival season or whatever reason brings you to Cannes, try the Red Carpet Mojito at the Majestic Plage 71 and ask for Giorgio.

Here’s one more photo of the Cannes Red Carpet: 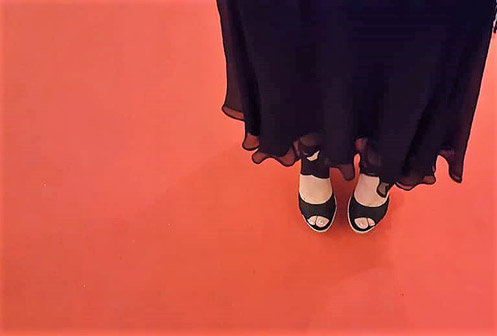 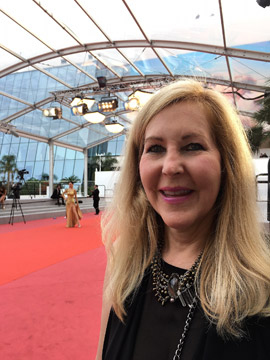 Tasha is a stylist and writer who specializes in working with celebrities, celebrity chefs and leaders in the entertainment, hospitality and travel industries. She covers celebrity events in Los Angeles and in Europe.  She also cooks and styles for monographs, cookbooks, and Satellite Media Tours, working between North America and France.

Thank you, Tasha Powell! I think I am ready for one of those gorgeous cocktails too!